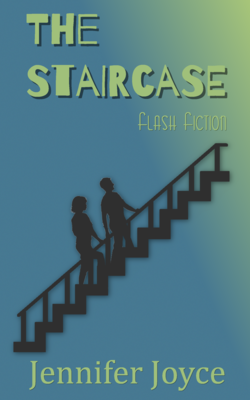 The concrete staircase was dark and narrow, enveloped by rough stone walls either side and the musty smell of years of neglect. Glancing up towards the heavy wooden attic door at the top of the staircase, Carrie felt a shiver, as though sensing something wretched had happened here.
‘Shall we see what’s up there?’
Carrie turned to face her fiancé. Jason’s face was alive, his eyes bright and eager, a wide grin on his face. His grip on Carrie’s hand tightened and she feared he was about to drag her up the staircase against her will.
Should they venture up there? Who knew what lurked up there – spiders, rats, skeletons? Carrie gave herself a mental shake. Of course there weren’t any skeletons up there! Yes, the house was old and hadn’t been lived in for over a decade, and the dark made it feel eerie, but Carrie was sure there was nothing untoward going on.
‘Let’s do it.’ Carrie attempted to mask her fear with a sunny smile but her hand tightened around Jason’s like a vice. Being so narrow, the pair had to climb the stairs in single file, Jason first and Carrie following. The smell and the dust were overwhelming so Carrie had to cover her mouth to prevent a coughing fit as they neared the heavy door.
‘Ready?’ Jason turned to Carrie, who gave an almost-nod of her head. She didn’t think she would ever be truly ready to step into the dark depths, despite the powerful torch they each held. A small squeak escaped Carrie’s lips as Jason let go of her hand to reach for the brass handle.
‘It’ll be okay, babe. I’ll protect you from the ghouls.’ Jason placed the torch under his chin, the beam creating spooky features on his face.
‘Not funny.’ Carrie gave Jason a nudge, though there was a smile on her face. ‘Let’s just get in there and then we can go back downstairs and let Mr Raven know what we think.’
Jason pushed the door. It stuck in its frame for a moment before it creaked open. Two torch lights shone into the room, illuminating the worn, grubby carpet covering the floor and the cobwebs draped across every available surface. The room needed a good scrub and the light fitting needed replacing, but it had huge potential.
‘What are you thinking? Huge master bedroom with en suite?’ Jason asked as they stepped fully into the room.
Carrie turned in a circle, aiming the beam of her torch into every nook and cranny. A smile crept across her face. She was thinking nursery, with a wooden rocking horse and beautiful crib.
‘I’m thinking this house will be perfect for us.’
‘Shall we go and let Mr Raven know we want to put an offer in?’
By the time they’d found the estate agent down in the kitchen, Carrie had already mentally picked out the lighting and colour scheme to brighten the staircase.

If you enjoyed The Staircase, why not give The Single Mums' Picnic Club a go?
It's available from Amazon here 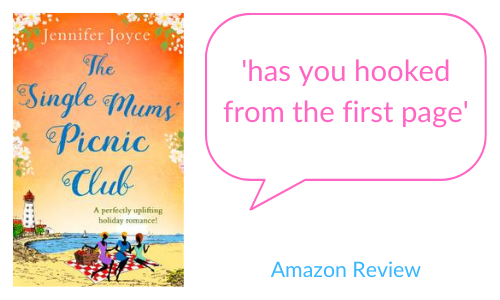