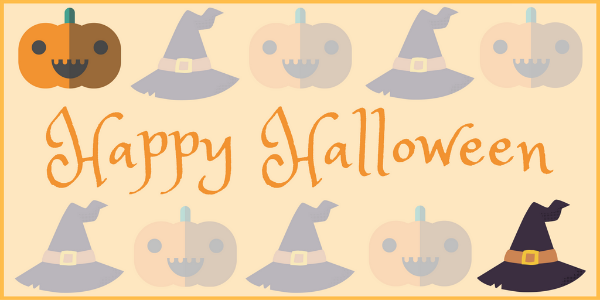 It's one of my favourite times of year! I love, love, LOVE Halloween and have been busy making little paper sweets packets for the trick or treaters. I'm looking forward to giving them out tonight and am always disappointed if we don't get many kids knocking. 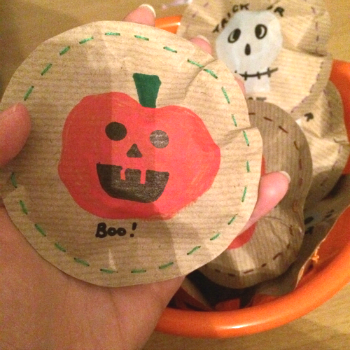 I also love writing Halloween short stories (although they're always fun, rom-com-style as I'm not one for scary Halloween stuff). I haven't had time to write one this year, but you can have a read of my previous stories by clicking on the following links:

The Ghost of Halloween Past

Pumpkin Pie at The Green Teapot

I'd love to know how you'll be spending Halloween. Do you love it? Hate it? Somewhere in the middle? Let us know in the comments below!

However you're spending Halloween, I hope you have a great evening :)

Email ThisBlogThis!Share to TwitterShare to FacebookShare to Pinterest
Labels: Halloween

Our Holiday To Florida 2016 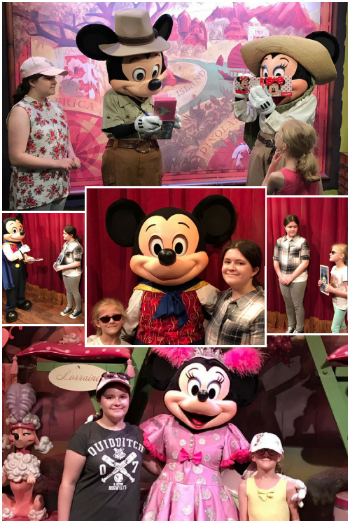 On Saturday 15th October, the Joyces (that's me, Chris, Rianne and Isobel, not every Joyce in the land) dragged our stuffed suitcases to the airport (with the help of a taxi - handy) and flew to Florida. It was our second visit, as we went back in 2014, but this time, instead of the Universal Studios parks, we wanted to enjoy Disneyland.

We stayed in a gorgeous apartment at Wyndham Bonnet Creek, which was about fifteen minutes away from the Disney parks. 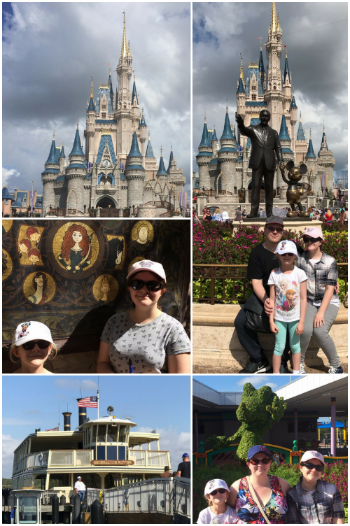 As you can imagine, we had a lot of fun at the parks. The fun starts before you even get to the Magic Kingdom as you can either travel there by ferry (pictured above) or the monorail - we had a go at both! 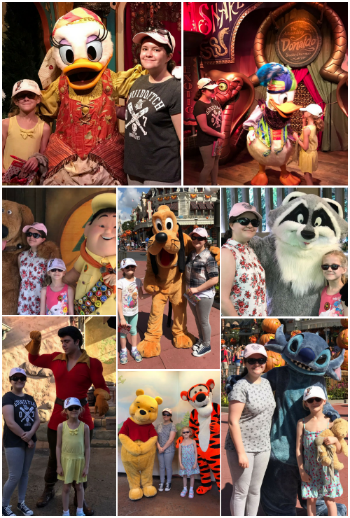 The girls got to meet loads of Disney characters, from the must-see Mickey and Minnie to their furry friends and Disney Princesses. They both had an autograph book that all the characters signed, so they've got a lovely memento of the trip. 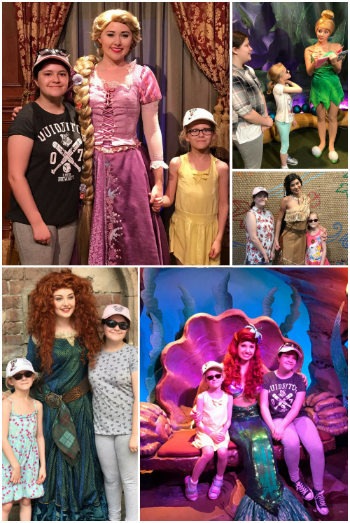 We went on lots of rides, including family favourites It's A Small World, Dumbo, the carousel and Ariel's Undersea Adventure (which we went on twice as we enjoyed them so much). 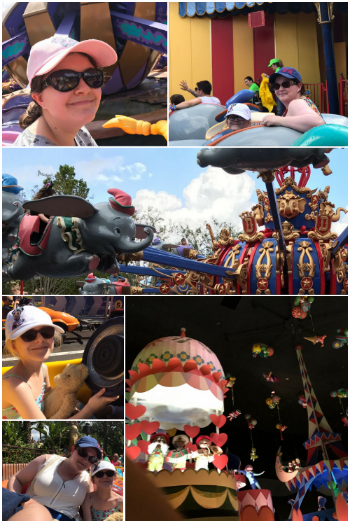 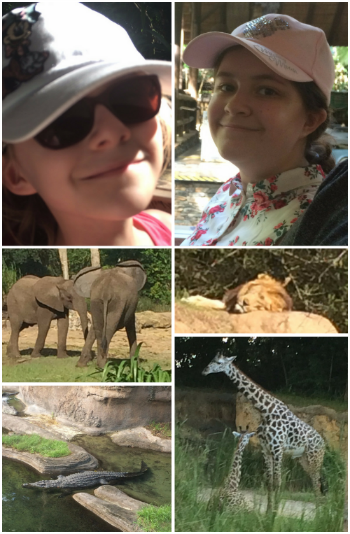 Another huge hit was the Animal Kingdom's safari, where we got to see elephants, lions, crocodiles and giraffes, plus lots more. We had to queue for around 45 minutes, but it was worth it! 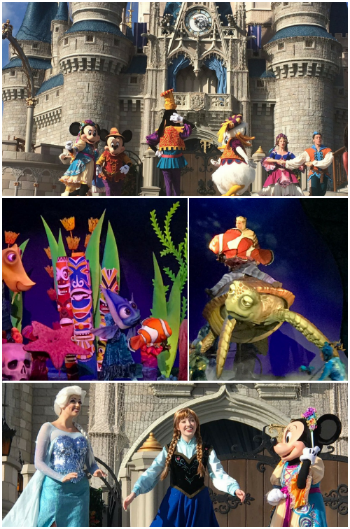 As well as the rides, there were shows to enjoy. Our favourites were the Finding Nemo Musical, which was told using puppets, and Mickey's 4D PhilarMagic. 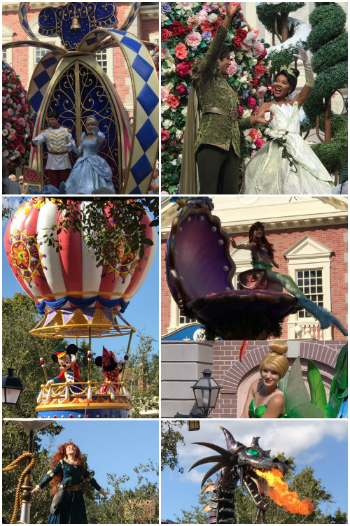 And then, of course, there is the parade which takes place every day at 3pm. We only managed to catch it on our last Disney day and I'm so glad we didn't miss it as it was fantastic! 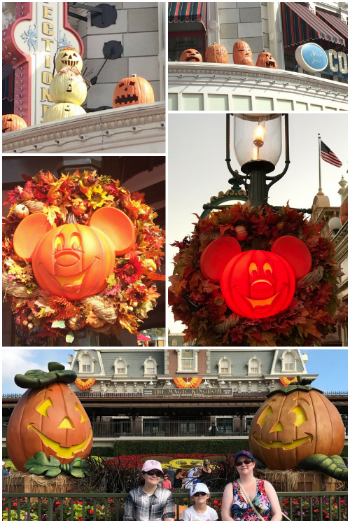 As we went in October, the park was decked out for Halloween, which I loved as there were pumpkins EVERYWHERE. As it started to grow dark, the Mickey pumpkins lit up, which looked lovely. 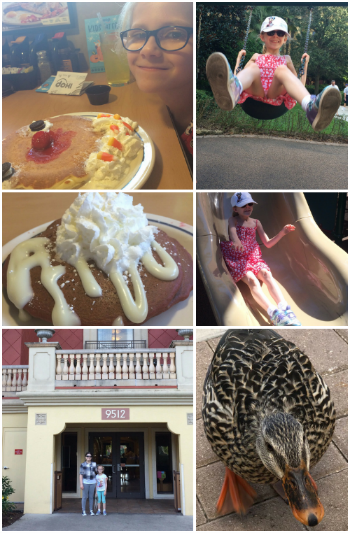 When we weren't at the Disney parks, we spent time at the hotel where there were five swimming pools to choose from, plus two lazy rivers. Isobel also enjoyed the little playground and on our last full day there, we took a picnic to eat by the lake where we had a duck visitor. We also saw a little turtle crawl out of the water, which was cute.

One day we also went to IHOP for breakfast, where Isobel created her own scary face pancake.

The following Saturday, it was time to head back home. We all had a brilliant time in Florida and didn't want to leave! 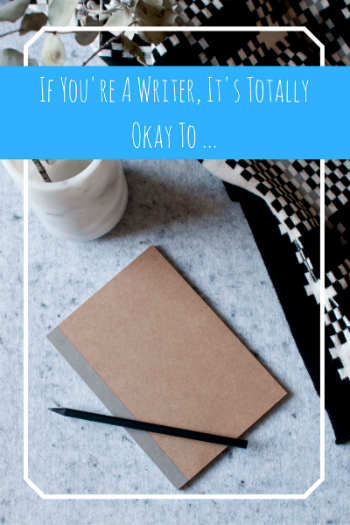 ... light cinnamon-scented candles and listen to festive music during a sweltering August heatwave while you work on your snow-filled Christmas book. Equally, you can dream of sunny, beach-filled days to the soundtrack of the gritters trundling past as you pen your summer-themed book during the darkest depths of winter.


... think of your characters as real people. You probably spend more time with them than your family, so it's only natural.


... read magazines/watch TV or films and call it research.


... work in your pyjamas. As long as you're working from home. It isn't quite as acceptable if you've decided to work in the library or a café.


... eavesdrop. This is also research.


... stare out of windows and daydream. In fact, it's encouraged. How else are you supposed to plot/develop characters and storylines?


... snack on chocolate. It helps with creativity. Or something.


... take naps during the day. Research? No? Time to restore creativity and mull over ideas? Brilliant. Let's go with that.