My Five Favourite Reads of 2017

As the end of the year approaches, I always like to look back on the books I've read and pick my favourites to shout about. This is usually a difficult task as there are so many amazing books out there, but I've pored over my list of 2017 reads (over and over again. It really is tough) and picked five fabulous reads.

Some of the books are older releases, but I've chosen books that I read for the first time in 2017 (so no re-reads) and I've put them in the order I read them in during the year as I simply can't choose one over the other for amazingness. It was hard enough picking five in the first place! So, here goes...

Into The Darkest Corner
Elizabeth Haynes 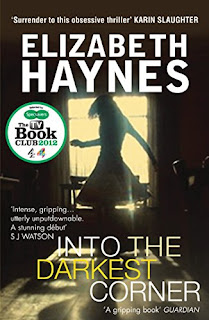 Catherine has been enjoying the single life for long enough to know a good catch when she sees one. Gorgeous, charismatic, spontaneous - Lee seems almost too perfect to be true. And her friends clearly agree, as each in turn falls under his spell. But there is a darker side to Lee. His erratic, controlling and sometimes frightening behaviour means that Catherine is increasingly isolated. Driven into the darkest corner of her world, and trusting no one, she plans a meticulous escape.
Four years later, struggling to overcome her demons, Catherine dares to believe she might be safe from harm. Until one phone call changes everything.
This is an edgy and powerful first novel, utterly convincing in its portrayal of obsession, and a tour de force of suspense.
Amazon UK | Amazon US
Into The Darkest Corner isn't always the most comfortable of reads, but I was hooked! I knew, even back when I read the book in January, that it would make my list of favourites.
The List
Joanna Bolouri 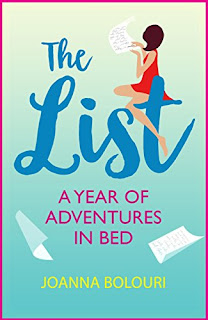 Phoebe Henderson may be single but she sure doesn't feel fabulous. Faced with a new year but no new love, Phoebe concocts a different kind of resolution: The List. Ten things she's always wanted to do in bed but has never had the chance (or the courage!) to try. A bucket list for between the sheets.
One year of pleasure, no strings attached. Simple, right?
Factor in meddlesome colleagues, friends with benefits, getting frisky al fresco and maybe, possibly, true love and Phoebe's got her work cut out for her.
Amazon UK | Amazon US
The List is hilarious. I read it quite early in the year, after loving Joanna Bolouri's festive novel, The Most Wonderful Time of the Year at Christmas, and I couldn't stop giggling. It's a bit naughty, very funny, and simply had to make it onto my list of favourites!
I See You
Clare Mackintosh 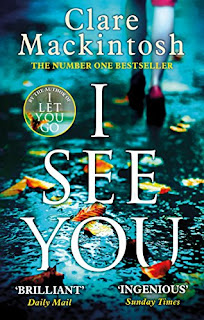 When Zoe Walker sees her photo in the classifieds section of a London newspaper, she is determined to find out why it's there. There's no explanation: just a grainy image, a website address and a phone number. She takes it home to her family, who are convinced it's just someone who looks like Zoe. But the next day the advert shows a photo of a different woman, and another the day after that.
Is it a mistake? A coincidence? Or is someone keeping track of every move they make...
Amazon UK | Amazon US
I loved Clare Mackintosh's debut, I Let You Go, so I was looking forward to I See You - and I wasn't disappointed. I was gripped by the book and didn't want to put it down. It was a pacy, intriguing read and I can't wait for the next book!
The Friend
Dorothy Koomson 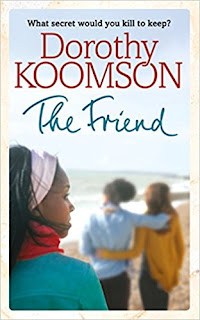 After her husband’s big promotion, Cece Solarin arrives in Brighton with their three children, ready to start afresh. But their new neighbourhood has a deadly secret.

Three weeks earlier, Yvonne, a very popular parent, was almost murdered in the grounds of the local school – the same school where Cece has unwittingly enrolled her children.

Already anxious about making friends when the parents seem so cliquey, Cece is now also worried about her children’s safety. By chance she meets Maxie, Anaya and Hazel, three very different school mothers who make her feel welcome and reassure her about her new life.

That is until Cece discovers the police believe one of her new friends tried to kill Yvonne. Reluctant to spy on her friends but determined to discover the truth, Cece must uncover the potential murderer before they strike again . . .
Amazon UK | Amazon US
Dorothy Koomson is one of my favourite authors, so I couldn't wait to read her latest release, The Friend. As always, I was immediately drawn into the world Dorothy created and was eager to find out what happened to Yvonne that night, as well discovering the secrets of Cece's new friends.
This Beautiful Life
Katie Marsh 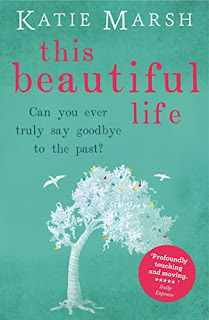 Can you ever truly say goodbye to the past?
Abi has been given the second chance she never expected, and now she's trying to get her life - and her family - back on track after facing the worst. But it's hard to trust in happiness again, and reconnecting with her husband John proves more challenging than she thought. Can you really go back to 'normal' after thinking you're going to lose one another?
With Abi's son Seb struggling with a secret of his own, the three of them are in danger of falling apart just when they need each other most. But how do you pick up the pieces of a family still suffering emotional shockwaves? And can Abi bring the people she loves most in the world back together again... before it's too late?
Amazon UK | Amazon US
I've loved Katie Marsh's previous novels, so I was looking forward to reading her new book. As always, Katie's writing drew me in and took me on an emotional rollercoaster.
So, those are my favourite reads of the year. I'd love to hear yours too! Let us know which you've loved in the comments below :)
Posted by Jennifer Joyce at 13:33