The house is very quiet today, which can mean only one thing; it's back to school time. The past over six weeks has passed in a bit of blur. On one hand, I'm not sure where the time has gone, yet on the other - bizarrely - July seems a very long time ago.


Back in July, we took a little family trip down to London as my teenage daughter, Rianne was desperate to see Hamilton after becoming obsessed with the soundtrack. As Isobel is a bit younger, I took her to see the Matilda musical while Rianne and Chris went to see Hamilton. 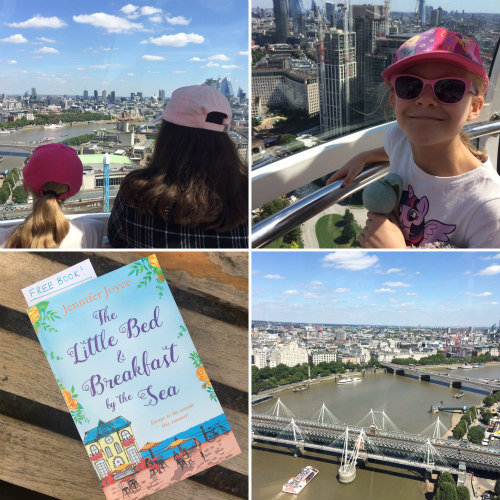 While in London, we did a bit of sightseeing, including the London Eye, which was fabulously air conditioned (back then we were very much in the throes of the heatwave and baking!), and I left behind a little gift on a bench.
A few weeks later, we went on a slightly longer trip to Blackpool and had a brilliant time. The heatwave was long gone (thankfully) and we didn't always have the best weather (we were rained on a few times) but we kept ourselves busy with indoor activities on the crap-weather days, including the Tower circus, the Sea Life centre and - best of all - the arcades. 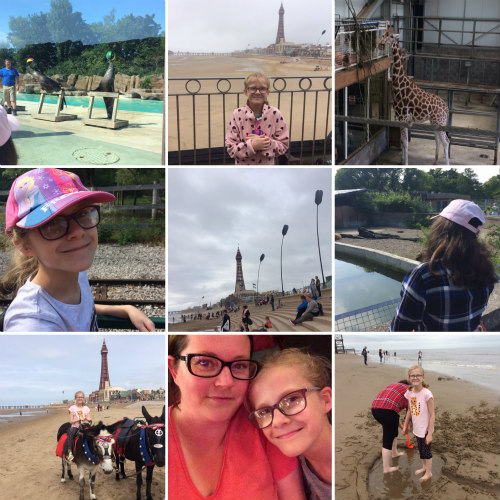 We did have some sunny days, so we spent time on the beach with our buckets and spades and an octopus kite (which was a lot of fun flying). We also spent the day at the zoo and bought Luna a little toy wolf to bring home with us.

I didn't get nearly as much reading done as I would have liked this summer, but I did share the book love here on the blog with my Six Weeks of Summer Reads. What did you read this summer? And did you go on any trips/holidays? Let us know in the comments! :)