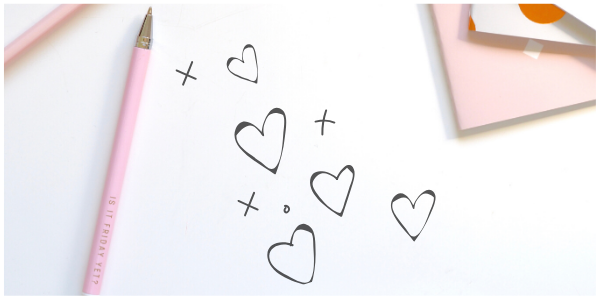 Procrastination is the act of delaying or postponing a task

Housework (seriously, some people do this. Not me, obviously, but other less normal people)

Writing blog posts about procrastination instead of writing their book

Yes, I am writing a blog post about procrastination instead of working on Book 12 because, right now, this seems a lot easier. I'm in The Slump, where the words won't seem to come no matter how much I will them to. It's doubly frustrating because I've planned the book and know what should be happening on the page. In fact, it's triply frustrating because I've reached 60,000 words of the book. The End is tantalisingly close and yet the words are stuck. 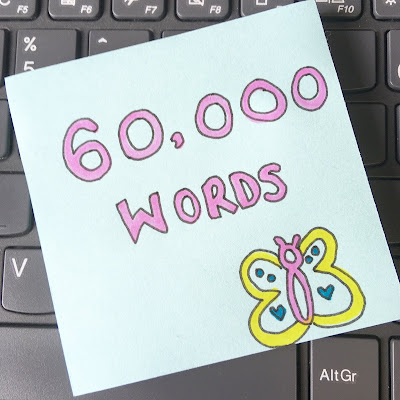 The last 5,000 words of the 60,000 were hard won, but I got there. I celebrated with a post-it note progress marker and a doodled butterfly. And then... nothing. There were NO MORE WORDS to be had. Cleo's story had decided to grind to a half even though it isn't finished yet. And not only that, I started to pick holes in the part that was written. I don't edit as I write - I start at Chapter One and power through until The End and fix everything later. That's what second drafts are for, and it's always worked for me because I know if I start to tinker, I won't progress.

I don't like these nagging thoughts telling me how rubbish the book is, or telling me the bit I'm writing now should be several chapters back, or that there's so much work to do on the second draft and I haven't even finished the first yet. These thoughts really aren't helping the words to flow, and ignoring them and having a leisurely scroll through Twitter isn't going to get the words on the page either, so I'm doing something I don't usually do yet: I'm writing my notes for Draft Two while working on the first. I'm making a note of all those nagging thoughts, all the things I keep reminding myself need fixing, and ploughing on with the book. I've managed to add a thousand words to the book this morning, so fingers crossed it continues to work and I'll be celebrating 70,000 words with a post-it note soon!