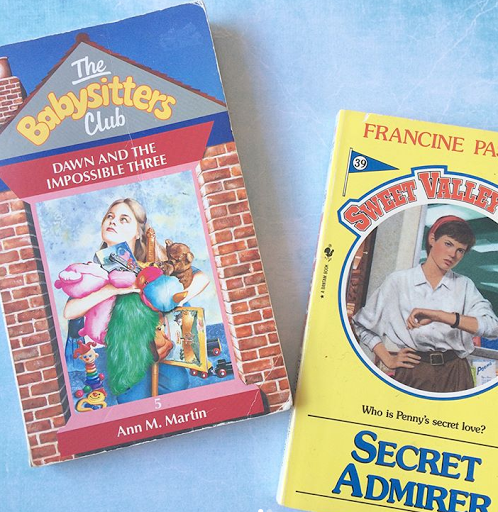 Did you read The Babysitters Club when you were younger? I loved them, along with the Sweet Valley Twins and High series (there wasn't much else in the teen section of our local library, so it's lucky I enjoyed them). As well as the copies I borrowed from the library, I also owned a few, which I kept hold of and passed onto my oldest daughter, who then passed them onto her younger sister. My daughters both loved the series too, so when we heard that Netflix had made its own adaptation, we had to watch it.
Adaptations don't always live up to the books, but I thought the series was great and it definitely delivered the hit of nostalgia I was hoping for, plus I liked the tweaks they'd made to characters and story lines to bring it up to date. My only teeny, tiny niggle was the horror of seeing Alicia Silverstone playing one of the mums *insert screamy-face emoji*
To me, Alicia Silverstone is Cher from Clueless, who is fifteen (sixteen by the final scene, but whatever), not a mum. And especially not a mum to a teenager. It doesn't matter that I'm a mum to a teenager now as well - it was still a slap in the face and a reminder that I'm no longer the kid reading about Kristy and the gang during the long summer holidays.
Seriously though, Netflix has produced a brilliant series that I hope will have another generation picking up the books and devouring them.
Have you watched the series? What did you think?
Posted by Jennifer Joyce at 11:18