My last catch-up post was before Christmas, so I thought we'd have a quick one now. Let us know what you've been getting up to in the comments below.

At the beginning of the year, I set out my five main writing goals for the year, and I've already crossed off the first on my list. 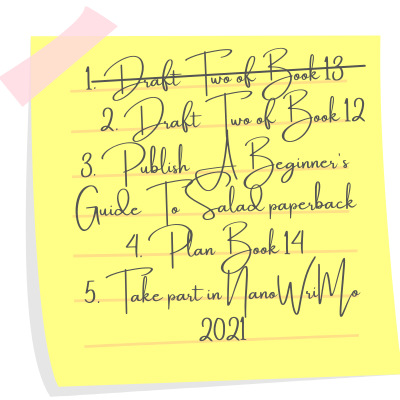 With the second draft of Book 13 complete, I'm having a little editing break and working on the paperback of A Beginner's Guide To Salad, which I'm hoping will be ready for release within the next month or so.

I started off the year by re-reading Jane Green's Jemima J. It's an old favourite and I wanted a comforting read to begin another crappy Covid year. 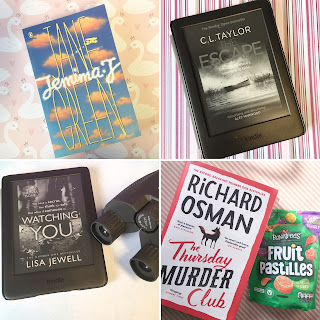 I've also read The Escape by C L Taylor, Watching You by Lisa Jewell, and The Thursday Murder Club by Richard Osman, and I'm currently reading Mike Gayle's Half a World Away. 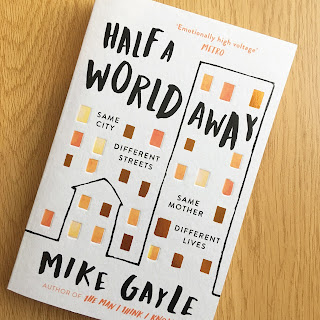 I loved watching The Masked Singer and trying to guess who everyone was, so I'm gutted that's finished. It was just such a joyful show and I miss it.
I'm also devastated that I've worked my way through all six seasons of Schitts Creek. I was really late to watch it, but I'm so glad I did and I'll be watching it all over again very soon, I'm sure. In the meantime I'll be watching the rest of Dancing On Ice and inhaling all the crime dramas ITV can throw at us. The teen and I have recently binged our way through series one and two of The Bay (I'd already seen the first series but was more than happy to have a refresher re-watch) and Unforgotten (again, I'd already watched the first three series, but we caught up/refreshed on Netflix before watching the new series).
On a less gritty note, Isobel and I have been watching Sister Sister on Netflix, which is a massive nostalgia hit for me and I'm pleased to report that Isobel is enjoying it too. 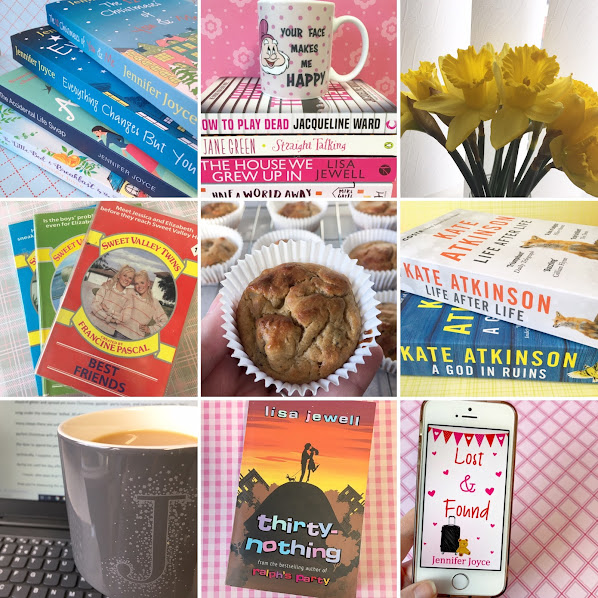 Books, writing, daffodils (spring is coming!) and pupcakes for Luna.
You can find me on Instagram here

I took part in the RSPB's Big Garden Birdwatch and registered 2 magpies, 1 woodpigeon, 1 pied wagtail and 1 grey wagtail (which was better than last year's offering of 3 wood pigeons).
I also went on a bus for the third time since March last year (it was an essential journey as my daughter had a medical appointment) and we celebrated the teen's 18th birthday (yes, I know. 18. How did that happen?)

So that's about it from me, but what about you? Let us know what you've been up to in the comments :)