Another Guide To Ruth: Five POVs 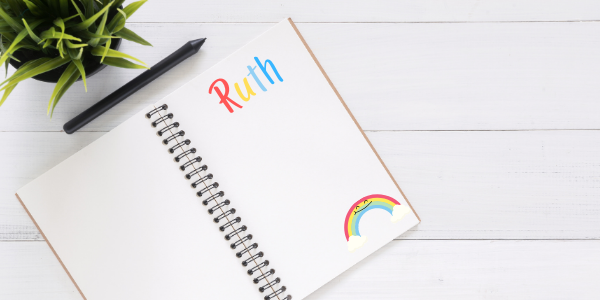 I'm writing the sixth draft of the third instalment of the Beginner's Guide series, and things are - finally - going well in a way that the previous drafts never did.

My Beginner's Guide books have three points-of-view: in A Beginner's Guide To Salad we had Ruth, Billy and Jared's POV, and in A Beginner's Guide To Saying I Do we had Ruth, Trina and Erin's POVs. I knew I was going to go with Ruth's POV again for Book 3 (how could I not?) but the other two presented a problem.
Over the five previous drafts, I wrote the book with the POVs of:
Ruth
Jared
Quinn
Nell
Theo
But it didn't feel right, and sometimes it even felt forced, like I was shoehorning characters into storylines to fit the theme. I didn't want to give up on the book, but it wasn't working. The book had been put aside for a long time, but I gave it another shot, and this time I seem to have hit on the right combination of POV with the right storylines and I'm now over halfway through Draft Six.
And which combo of POV did I go with?
*Drumroll*

I'll be honest, I was surprised by the Richard POV, but I'm loving writing his sections, mainly because we get to see more of his dad, Kelvin. If you've read the Beginner's Guide books, you'll know Kelvin isn't the most pleasant of men (he's horrible, in fact) but that makes him a lot of fun to write. I may have taken it too far though, because I found myself writing another scene with him wearing just his underpants. Sorry, I don't know what's wrong with me.
Posted by Jennifer Joyce at 07:00