A Beginner's Guide To Saying I Do: Fun Facts 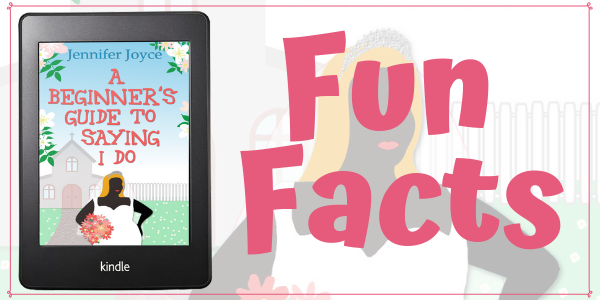 Fancy a peek at some of the behind-the-scenes stuff of A Beginner's Guide To Saying I Do? Here you go!

Apart from Erin, Lindsay’s bridesmaids are inspired by the character names from the film, Bridesmaids.

The names for sisters Trina and Tori were inspired by the sisters in TV show, Victorious which my oldest daughter watched A LOT while I was writing the first draft of the book

Wedding planner Ingrid’s original name was Greta. I wrote the first draft of A Beginner’s Guide To Saying I Do between drafts of Everything Changes But You, which I realised also had a (different) character called Greta.

While the book covers the POV of Ruth, Erin and Trina, the first draft covered Ruth, Erin and Jared’s POV. It didn’t feel right so I ended up cutting Jared’s chapters (around 1/3 of the book) and bringing Trina in.
[I'll be sharing a deleted scene from Jared's POV in my September newsletter - subscribe here if you fancy a peek!]

Trina was a minor character who popped up only a handful of times, along with her sister, Tori. But she kept jumping up and down and trying to get my attention. When I knew I had to rewrite 1/3 of the book, I knew I wanted to fully explore Trina’s story.

The working title was A Beginner’s Guide To Weddings.

Libby’s wedding dress boutique is located in Hartfield Hill, which is the setting of The Mince Pie Mix-Up, as well as some of my short stories.

Karaoke host Keith Barry can also be found in Everything Changes But You. 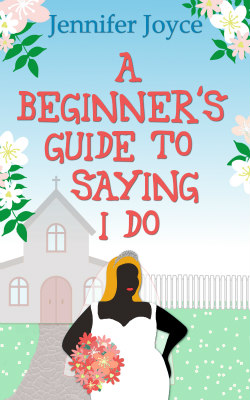 Email ThisBlogThis!Share to TwitterShare to FacebookShare to Pinterest
Labels: A Beginner's Guide To Saying I Do, ABGTSID: Book Extras