2019 is coming to a close, so I've been thinking about all the lovely bookish things that have happened over the past year.


2019 started with my first ever Agatha Christie novel. I'd never watched an episode of Poirot on the TV either, so when I saw there was going to be an adaptation of The ABC Murders on TV over Christmas 2018, I decided to pick the book up and read it before watching - and I enjoyed both!


My first read of 2019 is The ABC Murders by Agatha Christie. Confession: I’ve never read an Agatha Christie novel before, or even watched an adaptation, but I thought I’d give The ABC Murders a go when I saw it listed in the Christmas TV guide. So when I saw the book in Tesco, I decided to read it first! What’s your first read of the year?
A post shared by Jennifer Joyce (@writer_jenn) on Jan 1, 2019 at 6:53am PST

I've read some fantastic books this year. Five of my favourites* are:


Hello Monday! Youngest is back to school today, so my writing break is officially over. Time to get back to Book 10 😊😊
A post shared by Jennifer Joyce (@writer_jenn) on Jan 7, 2019 at 1:31am PST


At the beginning of the year, I was working on my tenth book (now known as The Accidental Life Swap). The ebook was released in September, followed by the paperback and audio in October.


Happy Publication Day to me! The Accidental Life Swap is out today in ebook (paperback to follow on 31st Oct) and I’m so excited to share Rebecca’s story 🎉🎉
A post shared by Jennifer Joyce (@writer_jenn) on Sep 1, 2019 at 4:34am PDT

Although The Accidental Life Swap is my tenth book, it was only my second book to be released as a paperback and my first with an audio version, so it was VERY EXCITING. 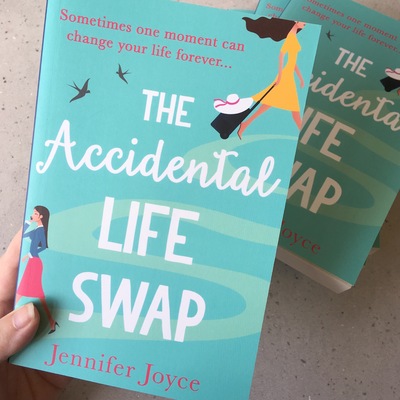 I'm now working on Book 11, which will hopefully be published towards the end of 2020.


I’m determined to finish this first draft before the school/college crimbo holidays start. There’s one week left and I’m almost there 💪
A post shared by Jennifer Joyce (@writer_jenn) on Dec 13, 2019 at 1:25am PST

50,000 words of the first draft was written during November as I took part in Nanowrimo for the first time (you can see my posts about it here) and I joined a local writing group, which really helped to motivate me.

Now I'm looking forward to seeing what 2020 will bring!