﻿I love taking the kids to our town's Reindeer Parade. It's always packed and the actual parade is over quicker than you can blink but there is a great atmosphere that kick starts the season. Plus, the baby reindeer are adorable.

Putting up the tree 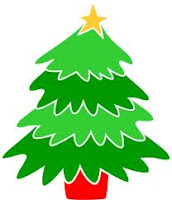 We put our tree up at the weekend, which was stressful. The kids clumped the decorations on one branch before getting bored, my 'good' decorations were missing for a while and the end result looks like I threw the decorations at the tree from across the room. Blindfolded.
But I still love it. 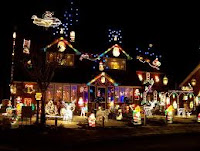 ﻿The only thing I like about walking in the cold and dark during December are the lights and decorations in the houses. We used to see loads on the 40 minute walk home from my Mum's but she's moved to Wirral so we no longer have that walk (would take waaaaay more than 40 minutes!)

To make up for it, we have decided to go on a Christmas walk to spot some lights in our area

There are times when it is so busy you can't get near the stalls, which isn't so good but this year we went on a Sunday afternoon and it was much better﻿. Busy but not enough to ruin the experience.

We bought a couple of decorations for the mantelpiece (a tall snowman and a robin) and when we looked in the bag later on, the stallholder had given us two small decorations for free, which was lovely :-)

We also bought some marshmallow chocolates, which were delicious. I recommend the cherry one.

I don't like Christmas cake or pudding but I do like a mince pie. They have to be the cheap ones though as the more expensive ones are too rich.

On the radio, piped in the shops, on Bliss, my own CDs (especially Michael Buble and The Smurfs). I love Christmas songs

One of my favourite things to do at Christmas is buy the TV guide, read the highlights and then ring the programs I want to watch or tape. I know, I need to get out more but I get really excited when the guides come out. 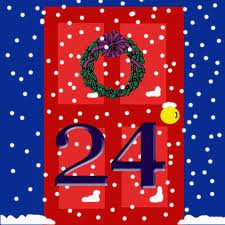 I think I prefer the build up to Christmas more than the actual day. I love the excitement of Christmas Eve (as long as all the wrapping has been done). I also love the fact I don't have to cook as it has become tradition for us to order a pizza

What do you love about Christmas?

Email ThisBlogThis!Share to TwitterShare to FacebookShare to Pinterest
Labels: Christmas