British Chick Lit & American Chick Lit: Which Do You Prefer? 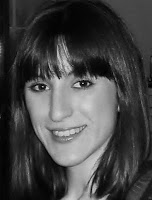 When I think of my favorite chick lit books, the majority of them are written by British authors. Chick lit became the “it” genre when British novel Bridget Jones’s Diary burst onto the scene, followed by other hugely successful novels like Confessions of a Shopaholic, another British series. British authors launched the genre, but it quickly caught on in America with the popularity of Sex and the City. Everyone has a personal preference, but I tend to gravitate toward British chick lit. It’s more lighthearted, funnier, wittier, and more amusing overall. American women’s fiction delves into very serious topics now. But I’m looking for entertainment, and British chick lit always delivers. I hope that American chick lit can get back to the roots of the genre and have some fun!

It’s possible that I find British chick lit so enchanting because I’m American and I’ve never been to the UK. I love reading about it and would love to visit someday. I often wonder if people living outside the US read American chick lit and are enamored with it because it’s something different from what they know. I like learning British expressions and slang. For example, while reading I’ve Got Your Number by Sophie Kinsella, it took a few pages for me to realize that a“stag do” is a bachelor party.

While I was writing and editing my debut novel, True Love Way, I re-read British author Hester Browne’s book The Little Lady Agency three times and Swept Off Her Feet twice. They were like guides on how to write great chick lit. I have studied Browne’s books and her writing style because I think they are the best in the genre. I will continue to hone my craft and try to write chick lit that is as good as or better than the British chick lit I’ve put on such a high pedestal.

What do you think? Do you prefer American chick lit or British chick lit? 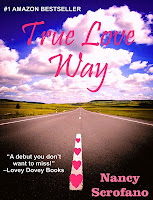 Nancy Scrofano is the author of True Love Way. She is a freelance writer, and she is the founder and managing editor of The Chick Lit Bee, a book blog that promotes and celebrates women’s fiction. Nancy is at work on her next novel. For more information, please visit http://www.nancyscrofano.com.
Posted by Jennifer Joyce at 08:20