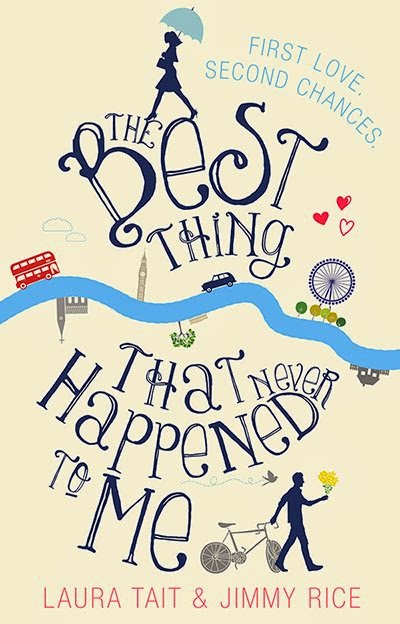 Eleven years ago, Holly and Alex were best friends. As teenagers, they fell in love but they never told the other how they felt and when Holly moved away to uni, they lost touch.
Eleven years later and Alex has landed himself a new job and is moving to London, which just happens to be where Holly now lives. Alex can't wait to catch up with his old friend and is sure his old feelings won't resurface now so much time has passed. Which is lucky, as Holly has a boyfriend that she's crazy about.
I was looking forward to reading The Best Thing That Never Happened To Me as I was intrigued by the joint authors. I was a fan of the Josie Lloyd/Emlyn Rees collaborations so I was hoping it would be something similar. I thought I might like it, but I wasn't expecting to love it quite as much as I did. I was immediately hooked by both the characters and the storyline and couldn't wait to find out not only what would happen next, but what exactly happened in their past. Even though the book is written by two different authors, the chapters were seamless and both jam packed with humour.
Although all the characters are great in their own ways, I think my favourite was probably Jemma, Holly's workmate. Her scenes were fantastic with plenty of laugh out loud moments. I also grew a bit of a soft spot for Alex's friend, Kev, which I wouldn't have believed was possible in the beginning!
The Best Thing That Never Happened To Me is a fun, light-hearted read and I loved it. I can't wait to see what Laura Tait and Jimmy Rice come up with next.﻿