The Drowning Lesson by Jane Shemilt 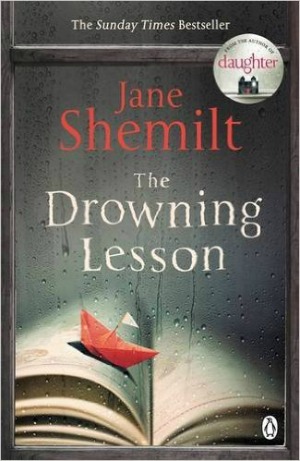 Doctor Emma Jordan isn't keen when her husband reveals he's been chosen to work abroad for a year on a research project, especially when he adds that he'd like Emma and the children to join him. Emma doesn't want to disrupt the children's lives or her career but she goes along with Adam's plans. Emma has mixed feelings about living in Botswana but she begins to settle into the new rhythms of life in Africa, organising tuition for the children and helping out at a local clinic. But one evening their year away takes an horrific turn when Sam, their young baby, is snatched from his cot and there are no clues to his whereabouts.

I enjoyed Jane Shemilt's debut, Daughter last year so I was looking forward to reading The Drowning Lesson. I can't say I warmed to the main character, Emma as I found her really selfish and sometimes underhand. Her work seems to take precedence over the wellbeing of her children and she has an annoying competitive - and often immature - streak, always wanting to 'win' against her husband by working harder and progressing her career so she's always at least one step ahead. Her need to 'win' is explained by the snippets from her childhood but as these seemed to be plonked in the middle of paragraphs, it was jarring to the story and I felt Emma's past could have been told in a better way.

Although Emma is the main focus and therefore bore the brunt of my annoyance, I also found Adam to be an unsympathetic character. Also a doctor, he was just as neglectful to the children as Emma and didn't seem to bat an eyelid at uprooting his family for a year to pursue his career ambitions. Emma clearly isn't happy about the decision but he forges ahead anyway.

With two unsympathetic characters at the heart of the story, I thought it was going to be difficult to enjoy the story but I did find myself being drawn into the mystery. The build-up is rather drawn out and the conclusion too rushed to be believable but, on the whole, I thought The Drowning Lesson was a good read and I found the pages zipping by, especially when the family finally arrived in Botswana.﻿