I'm working on the first draft of Book 8, approaching the 60,000 words mark. It's a bit more difficult finding time to write during the school summer holidays, but I'm chipping away at it! My deadline is mid-September, so I'm on the right track.

I'm re-reading two books at the moment. The first is Rainy Days & Tuesdays by Claire Allan and the second is The Animals of Farthing Wood by Colin Dann, which I'm reading with my girls. It's my favourite childhood book and we're having the full-on Farthing Wood experience - the book, the magazines (which were out in the early 90s and I've since collected from eBay) and the TV series.

Like a lot of people, I've been gripped by The Handmaid's Tale. I'd recorded it but only started watching them a few days before the finale. I binge-watched them in time watch the last episode 'live'. It was uncomfortable viewing, but I couldn't stop watching!
I've also been re-watching Miranda, just because it makes me happy.

I haven't watched a film for a while, but 13 Going 30 (one of my faves) has been added to Netflix so I'm going to have to watch that soon (I own it on DVD, but it's more of a faff than using Netflix). 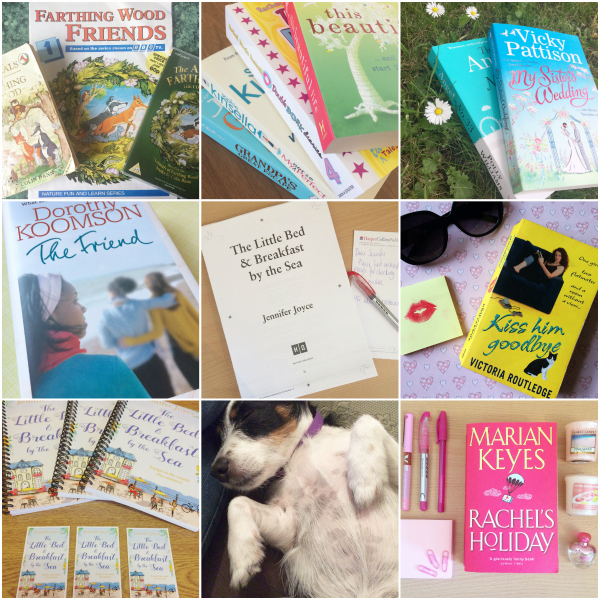