An Intro To A Beginner's Guide To Saying I Do 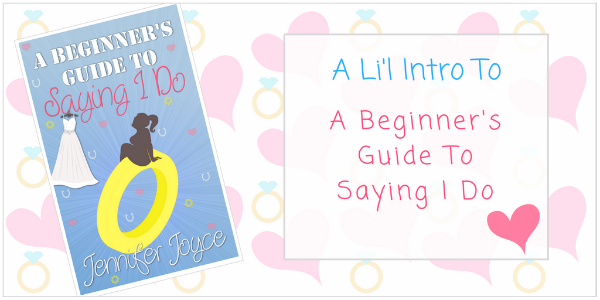 
Yep, Ruth is back! We couldn't have a Beginner's Guide book without her, could we?

In the past, Ruth has struggled with finding Mr Right but, two years on from A Beginner's Guide To Salad, she's all loved up and about to start planning her wedding. Ruth can't wait to get married - and she doesn't have to wait long as her wedding is in just six weeks. Ruth is a bit clueless when it comes to planning a wedding, so can she put together her dream Big Day in such a short space of time?

Ruth is still the woman I adored in A Beginner's Guide To Salad - she's still a massive fan of cheesy pop, she still likes to skive off from work whenever possible, and she's still surrounded by a group of fab friends (and Theo). I've loved catching up with her and seeing what she's up to a couple of years later, and I hope you will too!

Commitment-phobe Erin has finally found someone to settle down with, but she isn't interested in getting married, especially when she finds herself caught up in his sister's wedding plans. Lindsay and her wedding planner are organising the biggest, gaudiest wedding and Erin has somehow ended up agreeing to be one of many bridesmaids.
Erin can't see the appeal of all the fuss and faffing that goes with wedding planning - how will she survive the dress fittings and hair and make up rehearsals and, worst of all, the hen weekend from (Erin's idea of) hell?
Ruth's best friend has mellowed a bit over the past couple of years, but she still hasn't lost her edge. She's grown up a lot, but she's still feisty and set in her ways. We get to know more about Erin this time round and I enjoyed digger a bit deeper and finding out what makes Erin tick.

Quinn is Erin's opposite in her views of love and marriage. She believes in the magic of fairy tales and can't wait to find The One, so she can settle down and live happily ever after. Unfortunately, she's hasn't always been lucky in love, but she's still young and her perfect match is out there somewhere - she just has to stop looking in all the wrong places.
We've met Quinn before - though only briefly. Over the past couple of years, her friendship with Ruth has blossomed and she's now firmly one of the gang.

Ruth's cousin Trina has just walked down the aisle and married the man of her dreams, but already things are starting to go wrong. Her new sister-in-law hates her and did Rory always have these workaholic tendencies? Trina is determined to make her marriage work and not end up with multiple divorces like her mother.
Trina is a brand new addition to the Beginner's Guide series and I've loved getting to know her. She's sweet and naïve, which doesn't always work in her favour. Will she get her happily ever after? 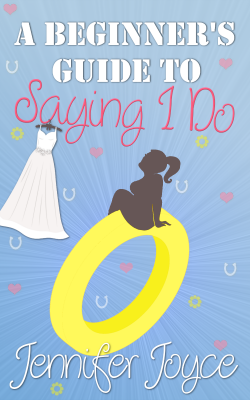 Email ThisBlogThis!Share to TwitterShare to FacebookShare to Pinterest
Labels: A Beginner's Guide To Saying I Do