Behind The Scenes of The Single Mums' Picnic Club

Last October, while I was in the early plotting stages of The Single Mums’ Picnic Club, I thought it would be fun to ask for ideas for naming one of my characters. I already had the names of my three main characters, but I had yet to name one of the love interests. I decided to put a call out over on my Facebook page and I was offered some brilliant suggestions!

I couldn't decide which name to choose, so I put all the names into a bowl (hats weren’t in abundance at the time) and picked one out. It was Alexander, which is a name I love (my oldest daughter would have been named Alexander had she been a boy). Job done! I had my name thanks to the help of my Facebook pals. Although...

I realised a few of the names could also be used as surnames, so I popped those back into the bowl and chose another... and Alexander Greyson was born!

As I started writing the book, Alexander's character started to form and I realised he

These characters really do have a mind of their own!

I loved getting my readers involved in the naming of the character, so I'm doing it again with Book 10, except this time I offered my newsletter subscribers the chance to have a character named after THEM. This is definitely something I'm going to continue doing in the future! 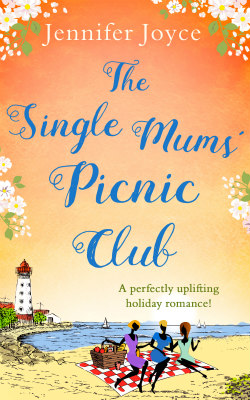 Katie thought she had the perfect family life by the sea – until her husband left her for another woman, abandoning her and their two children! She knows it’s finally time to move on but she’s unsure where to begin…

Frankie is shocked when gorgeous dog-walker Alex asks her on a date! As a single mum with her own business she struggles to put herself first, but maybe she’s ready to follow her heart?

George is used to raising her son on her own – but now he’s at nursery, her life feels empty. So when she meets Katie and Frankie at the beach, she realises that her talent for rustling up delicious picnics could be the perfect distraction!

But of course, life isn’t always a beach and as secrets begin to surface the three women’s lives are about to be turned upside-down…