Writing Tips: 3 Ways I'm Getting To Know My Characters 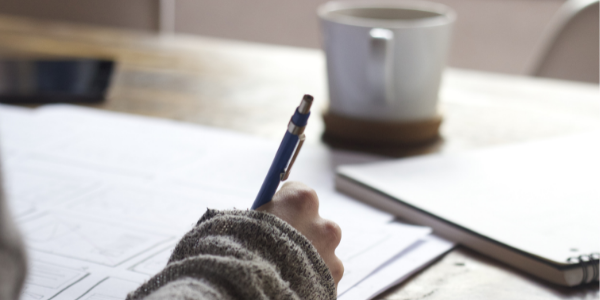 It's October, which means Nanowrimo will be starting in just one month. I've already plotted out the book I'm planning to work on during November (I know, get me being all organised) but now I want to get to know my characters a bit better before I start.
There are probably loads of different ways that writers get to know their characters, but these are the three ways I'm going to get to know mine in preparation of Nano 2021:

Pinterest is a brilliant tool for writers, and one of the ways I use it is to create a board for my characters and pin images that I feel represent them; their hobbies, their  jobs, aspects of their personality, their look.
This worked particularly well during the run-up to last year's Nanowrimo. I had my plot, planned out down to each individual chapter and scene, but I wasn't sure who my main character was. I was having a little look at Pinterest and I came across a photo of a woman wearing a thick green woolly coat with an orange skirt, royal blue jumper, grey tights and brown lace-up boots, and it was seeing this mish-mash of colours that somehow worked that made Zoey's character start to come alive in my head. I could see her wearing that outfit and as I searched for more quirky clashing outfits, her image grew with every picture that I pinned.

There are loads of questionnaires that you can find online to fill out about your characters. For last year's book, I used Nanowrimo's questionnaire and although I didn't use all the questions provided, I picked out a few that I thought would be most useful. I didn't want reams and reams of questions and answers, but I did find those few I chose really helpful in finding out what made my characters tick.

It sounds a bit odd to take a career test on behalf of your character (especially if you're not trying to find a career for them, though sometimes I am looking for ideas for that too) but having to think about the answers your character would give to the questions is really helpful and I often find out things about my character that I wasn't aware of before the test!

So those are three ways I'll be getting to know my characters over the next few weeks. If you have any tips of your own, feel free to share in the comments below :)