Mince Pies at The Green Teapot 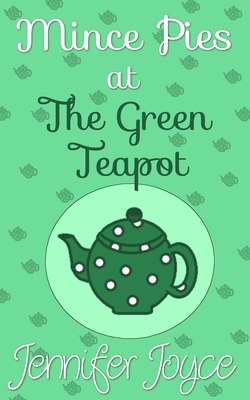 All hands were on deck in the kitchen of The Green Teapot, the small village tearoom that often moonlighted as a community centre for the residents of Hartfield Hill. Flour, icing sugar and the odd expletive fluttered in the air as proprietor Enid Thomas and her trusty crew kneaded, rolled and sweated in their bid to knock out enough mince pies to feed the community’s choir who were due to descend upon them within the next twenty minutes.
‘It isn’t even Christmas yet,’ Kat Reese grumbled as she swiped at her brow with the back of her hand. ‘Why are they having their Christmas party now?’
‘Christmas is just over three weeks away, so it isn’t that far off. Plus, Christmas is pretty full-on for the choir so they need to do it now or they won’t get the chance.’ At least that’s what choirmaster Artie Figgins had told Enid a fortnight ago when he’d called to arrange the party.
‘They could have given us a bit more warning though,’ Kat said as she dumped a ball of dough onto the counter and started to roll with gusto. Enid turned her guilty eyes to her own batch of mince pies.
‘These things can’t always be helped.’ Just like totally forgetting you had a party of thirty-six hungry party-goers about to burst through your doors couldn’t be helped. It was her niece who’d reminded her that morning as she’d breezed into the tearoom in a sparkly sage green dress and matching heels. Thoughts of the festive get-up had been momentarily put aside as Enid tried to work out why Brittany was at the tearoom and not at work.
‘I booked the day off,’ Brittany explained as she unravelled the scarf looped around her neck. ‘I thought you might need a hand with the party and everything.’
‘Party?’ Enid’s eyes widened as she clapped a hand over her mouth. ‘Oh, gosh! The party!’
Brittany’s sparkly dress had been forgotten as Enid flew about the kitchen, barking orders at Kat and Judy, who were now busily throwing together batches of mince pies to feed the choir. Luckily the choir didn’t require much for their festive get-together – a selection of sandwiches and mince pies would suffice – but from past experience, Enid knew they were a ravenous lot. Artie would pop into The Green Teapot for half a dozen mince pies daily during December – and he lived alone. They needed mince pies – lots of mince pies – and fast.
‘Look at the state of my dress.’ Brittany took a step away from the counter and looked down at her green sparkly dress, which was now coated in flour.
‘We’ll pretend it’s been snowing,’ Kat joked. Brittany was not amused.
‘We could try sponging it off,’ Judy suggested. ‘It’s only flour so it should come off quite easily.’
‘Why are you so dressed up anyway?’ Enid asked her niece as she slid a tray of mince pies in the oven and set a timer. ‘You’re looking very glam for a day in the village tearoom.’
‘No reason.’ Brittany looked down at the dough in front of her. The others all had something resembling mince pies either in the oven or almost ready to bake while Brittany had only just managed to create a clump (not even a ball) of dough. She did not have her aunt’s baking skills at all.
‘I think I know why,’ Kat sang as she brushed the tops of her pies with an egg wash.
‘No, you don’t,’ Brittany said with a warning tone to her voice. She turned to her aunt, who was looking on with more interest than Brittany was comfortable with. ‘Because there is no reason. None at all. There is nothing wrong with making an effort once in a while.’ She turned to Kat with a pointed look. ‘You should try it some time.’
‘Hey, that’s enough.’ Enid shooed her niece out of the kitchen, insisting she keep a look out for the choir, which Brittany was more than happy to go along with. Although she’d offered to help her aunt, she wasn’t all that keen on being elbow deep in pastry dough.
‘So what’s the reason for the dress and heels?’ Enid asked as soon as she was back in the kitchen again. She took over Brittany’s dough, kneading it lightly until it was as it should be.
‘You’ll see,’ Kat replied with a grin.

If you enjoyed Mince Pies at The Green Teapot, why not give The Mince Pie Mix-Up a go? 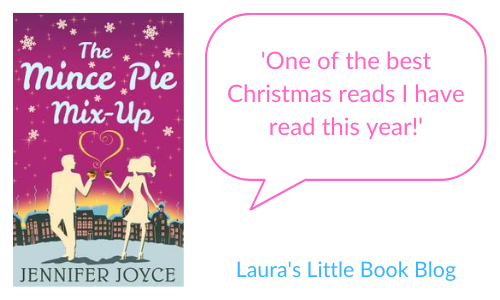