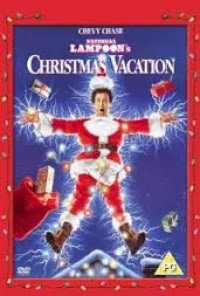 My number one favourite Christmas movie of all time! A year is not complete without watching this at least once over the holidays! The third one of the National Lampoon ‘Vacation’ series, this time Chevy Chase tries to make Christmas perfect for his extended family who are visiting for the festive season. Obviously, things go wrong. It’s quite old now, made in 1989 I think, and I still don’t think there’s been a better Christmas movie since!

I don’t even have a favourite moment for this one, just all of it! 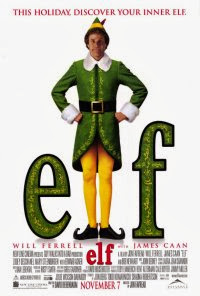 Will Ferrell is the human raised by elves who goes to New York to find his real father. There he meets quirky Zooey Deschanel and spreads Christmas cheer. I love this movie so much, it’s really funny and has a great festive soundtrack!

Favourite moment: The Baby It’s Cold Outside duet between Buddy and Jovie! 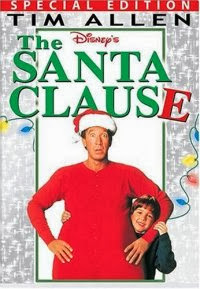 Tim Allen knocks Santa Claus off his roof and puts his jacket on, unwittingly becoming the next Santa. Then follows the year in which he transforms into an old, fat, bearded St Nick! I absolutely love Tim Allen in anything, and he’s just brilliant in this! It’s so funny, with some great lines and sarcastic comebacks!

Favourite moment: when Fed-Ex deliver the Naughty and Nice list! 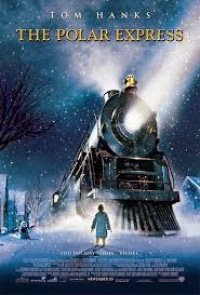 Lovely animated film with Tom Hanks. A boy who doesn’t believe in Santa anymore is picked up at night by the Polar Express train to visit the North Pole on Christmas Eve. It’s a heart-warming story that never fails to put a smile on my face!

Favourite moment: I love the part where they sing When Christmas Comes to Town, and also Josh Groban singing at the end! 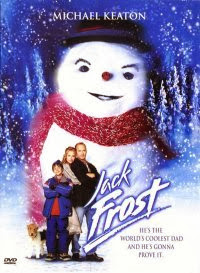 Inattentive dad Michael Keaton dies but comes back as a snowman in his wife and son’s garden to make amends for the less-than-fatherly ways of when he was alive. Get your hankies ready at the end!

Favourite moment: The end, if I can see it through my tears! 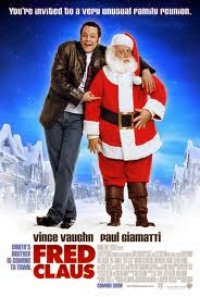 Santa’s little brother Fred, played by Vince Vaughn, needs money. Santa promises to give him what he needs, but only if he pays a visit to his family in the North Pole. However, the North Pole is in danger of being shut down, and it’s up to Fred to save it!

Favourite moment: *ahem* The Jeffrey Dean Morgan cameo, I might have a little crush on him! 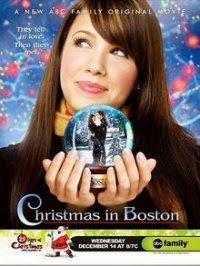 Favourite moment: The end, when the truth finally comes out! 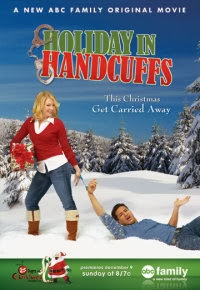 When Melissa Joan Hart’s fiancée dumps her just before Christmas, unable to face another year of her mother’s disappointment and matchmaking attempts, she kidnaps Mario Lopez with a pair of fluffy pink handcuffs and forces him to pretend to be her boyfriend over the vacation with her family in a remote log cabin.

Favourite moment: When he tries to tell her family what’s really going on and no one believes him!


9 – Christmas With The Kranks 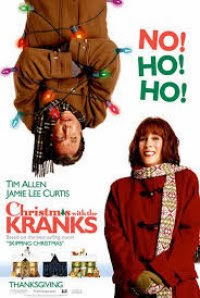 Tim Allen and Jamie Lee Curtis decide to skip Christmas and go on a cruise instead, until their daughter announces she’s coming home and expects the usual Christmas celebrations. By now they’ve alienated their neighbours with their refusal to do anything Christmassy, and suddenly have a matter of hours to put together the Christmas that Blaire and her new boyfriend are expecting.

Favourite moment: When the police go to pick up Blaire and her boyfriend Enrique from the airport with a sign that reads N. Reeky! 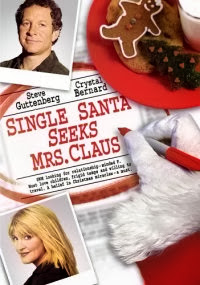 The title says it all really, Santa’s son comes to town looking for a Mrs Claus before he takes over his dad’s job. He falls for a Christmas-hating single mother instead. It’s ‘Five afternoon movie’ finest, but it’s so cute too!

Jaimie Admans is a writer of chick lit and YA. Her latest book, North Pole Reform School is out now and available here