My Summer Reads: The Sun In Her Eyes by Paige Toon 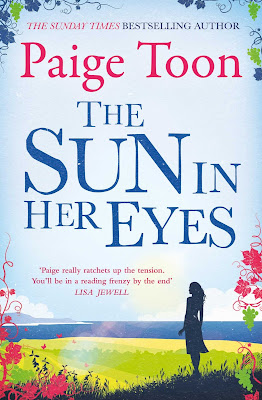 Amber and Ned have been growing apart lately and their marriage is put under further strain when Amber's father suffers a stroke. Although living in London with Ned, Amber grew up in Australia and she returns home to care for her father alone as Ned has work commitments. Her husband feels so far away - both physically and emotionally - especially when Amber runs into her old friend, Ethan. Amber was in love with Ethan during her teens and her old feelings rush to the surface once again.
I was really looking forward to reading The Sun In Her Eyes as I was intrigued by the blurb. Amber was involved in a car crash when she was only three and while she survived, her mother was killed. But before she died, she left a message with a passing woman who tried to help. Almost thirty years have passed but Doris has never forgotten the woman she tried to help and her child. Now in her nineties, Doris wants to track Amber down and make sure she received the message her dying mother was so adamant she hear. I was intrigued about the message Amber's mother had left, but this part of the book wasn't touched on very much at all - in fact it's quite far into the book before Doris manages to get in touch with Amber. Sadly, I felt a little disappointed when the message did arrive as I was expecting much more and it felt a bit flat after such high expectations.
Other than that, I did enjoy the book, even if I didn't always agree with Amber's actions. She has a lot of problems to deal with - and not only her father's health. Her marriage has been suffering and we find out what has been happening to push the couple apart. I liked how Paige Toon managed to change my opinion of certain people throughout the book. What you see to begin with is not necessarily what you get in the end!
While Amber is in Australia, she stays with her father, Len and his partner, Liz. Amber and Liz never got on when Amber was a teenager, to the extent that Amber left home when she was eighteen. As soon as she arrives in Australia, we see Amber and Liz revert back to the teenager/stepmother relationship they had back then. I was hoping that they could learn to get along as it's clear they both care about Len and want him to recover after his stroke as much as possible.
The Sun In Her Eyes wasn't always quite what I was expecting but I found it to be an enjoyable read. 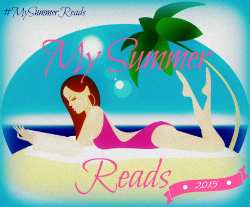 My Summer Reads is a celebration of summer reading, with reviews, giveaways and sunshiny reading habits.