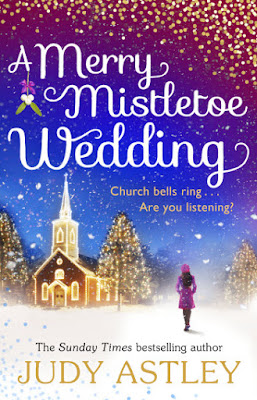 Thea and Sean have been together for nine months, dividing their time together between Thea's London home and Sean's in Cornwall. They've spent a blissful summer together in Cornwall but now it's time for Thea to return home to London in time for the new school term and her teaching job. Conducting a long-distance relationship can be tough but Thea loves Sean so when he proposes and suggests a wedding at Christmas in Cornwall, marking a year since they met, she says yes and the preparations begin. But with blasts from the past and family issues, Thea's Christmas wedding may not happen at all.
A Merry Mistletoe Wedding is the follow up from Judy Astley's It Must Have Been The Mistletoe, which was my favourite festive read last year, so I was looking forward to catching up with Thea, Sean and her family. It Must Have Been The Mistletoe was full of festive atmosphere so I was expecting a cosy Christmas read this year too but the focus wasn't really on Christmas at all this time round. It was mentioned as Thea and Sean prepare for their Christmas Day wedding but the majority of the book takes place between September and November. But although the book wasn't particularly festive, I did enjoy it immensely.
It was great to catch up with the characters from It Must Have Been The Mistletoe and see where life has brought them several months later. Last year I found the character of Charlotte brash and a bit annoying but I'm so glad she was brought back again. Charlotte is still brash but I loved her this time round and I think if you scrape away the layers of perfume and exuberance, you find a really good-hearted woman. Of all the characters, she was my favourite, closely followed by Thea's father, Mike. Mike refuses to grow old gracefully and I like his attitude and his humour and I found myself laughing out loud at some of his scenes.
There are quite a lot of characters and we see the run up to Christmas and the wedding through several eyes. I enjoyed this aspect of the book as we get to catch up with everyone and see how they're coping with life and the Christmas/wedding preparations. I would have liked to have seen a bit more of Thea's sister-in-law Rosie as I thought she was a great character and we only see the odd flashes of her. I'm not sure I'd like to be on the receiving end of her often tactless observations but she's brilliant on the page.
Although A Merry Mistletoe Wedding is a follow up to It Must Have Been The Mistletoe it works very well as a standalone (although having loved the first instalment, I would highly recommend both). The book is well-written and full of fun and charm and I was completely drawn into the story. I do wish the depression element had been dealt with a bit more sensitively by some of the characters and I did miss the festive atmosphere created previously but overall I thought A Merry Mistletoe Wedding was a fantastic read. 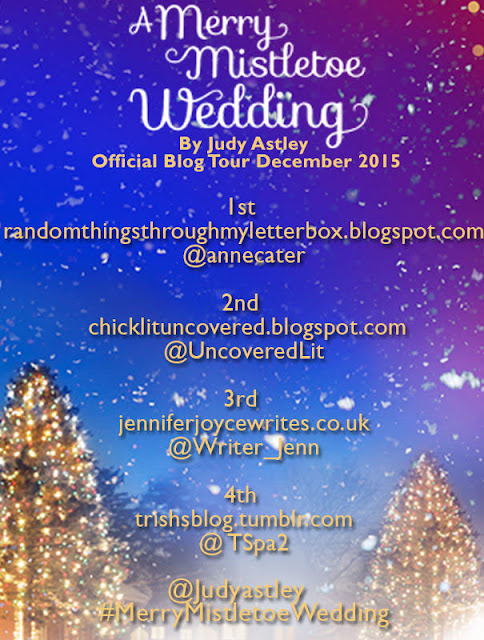 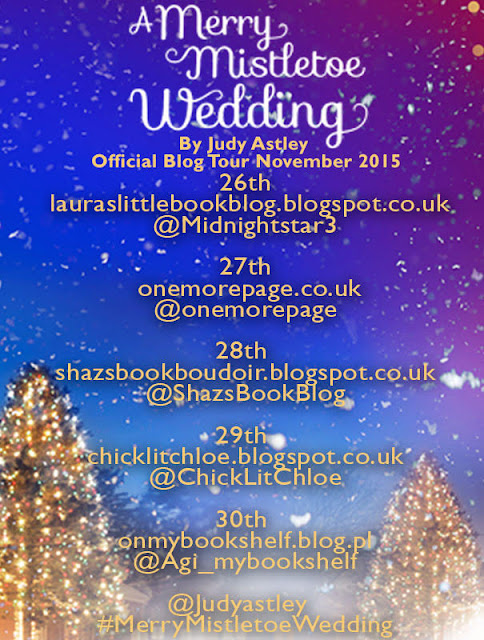