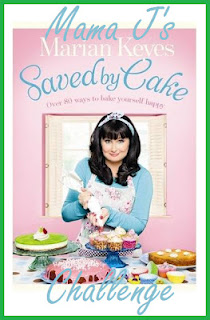 I've done it again; cheated. Like last month when I made cherry rock cakes instead of the usual sultana ones, I made an apple crumble instead of rhubarb.

I'm not a huge fan of rhubarb (unless it's in the form of a rhubarb and custard sweet) and nobody else in my family will touch anything as exotic as rhubarb (The Jellyfish won't eat any fruit apart from bananas, strawberries, grapes and the odd apple and The Partner, well, any fruit is a miracle).

So I opted for apple, the safest option.

In the recipe it said to add ground ginger to enhance the flavour of the rhubarb and, as I wasn't using rhubarb I was unsure whether to use it or not. I already had some in the cupboard so I thought sod it and chucked it in. It wasn't bad having the ginger flavour but I don't think I'd put it in next time (The Partner disagreed but, as I'd be baking it, I overruled).

The apple crumble was really easy to make. It was a case of peeling the apples and adding sugar and ginger before tipping them into a dish, making the crumble (weighing ingredients and rubbing the butter) and shoving it on top before putting in the oven.

I checked on my crumble a few minutes early, which was lucky as the top was starting to go a bit too golden but it didn't matter. The crumble was lovely and everyone enjoyed it (even if The Jellyfish only ate the actual crumble as she didn't like the apple - so bloody fussy).

The apple crumble gets the thumbs up from me and I'm sure the fans of rhubarb won't be disappointed with the original recipe. I will be making it again. Yum.