Today I’m participating in the Three Wishes Blog Blitz, hosted by author Juliet Madison! From 2nd to 6th September you’ll have the chance to win some awesome prizes at all the blogs participating in the blitz, including mine. All you have to do is follow my instructions below for winning the prize I have on offer, and then you can click over to Juliet’s blog to enter her prize draw, and see the list of all other blogs taking part and enter their giveaways as well. How cool is that? Why is it called the Three Wishes Blog Blitz? Juliet’s new romantic comedy release, I Dream of Johnny, is about three wishes, a high-tech genie in a lamp, and one very unfortunate typo that proves magic isn’t all it cracked up to be… 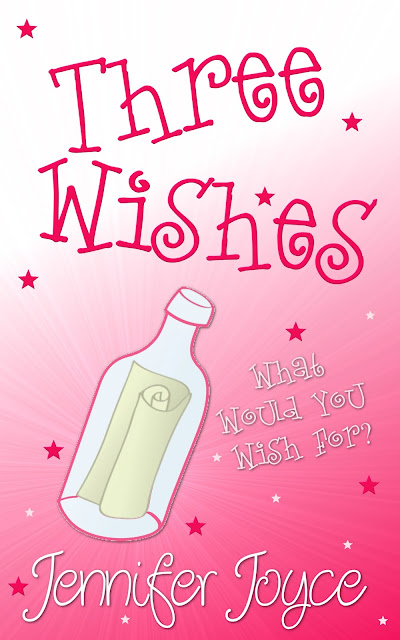 I hope you enjoyed my short story. It was a lot of fun writing it!

And now for the giveaway. I'll be giving away an Amazon voucher (via email) of £10/US$15/AUD$20. To enter, fill in the rafflecopter  below and leave a comment telling me if you had one wish, what would it be?

The giveaway will end on Friday 6th September.

Once you’ve entered my giveaway, visit Juliet’s blog & enter her giveaway too, and visit any or all of the other participating blogs to enter more prize draws. You could potentially win a whole heap of prizes! Good luck! Visit the official Blog Blitz post here: http://julietmadison.wordpress.com/2013/09/02/3-wishes-blog-blitz-official-post/

﻿
a Rafflecopter giveaway
Posted by Jennifer Joyce at 03:00