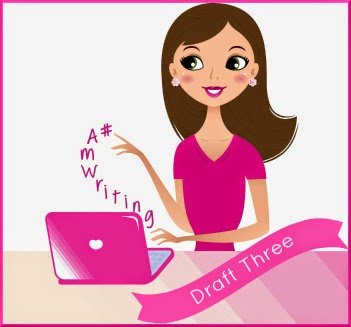 So I finished the second draft of Book 3 (aka the A Beginner's Guide To Salad sequel) and after pausing momentarily to celebrate (aka do the school run, cook, think about doing some housework - which totally counts, btw), I dived straight into Draft Three. 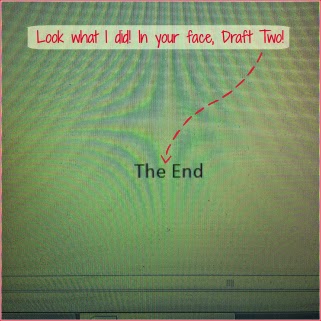 The second draft took a lot of work - I ended up cutting over 20,000 words from the first draft, which meant re-writing some scenes and writing new ones from scratch. Somehow I still ended up increasing my original word count by almost 8,000 words. Luckily the third draft shouldn't be quite so drastic (I hope).
I'm a lot happier with the second draft (let's be honest, the first was shit), so all the hard work was worth it. I've loved getting to know one of my new characters. She was supposed to be a quite minor character but she wasn't happy with that and has muscled her way into the whole book and has become one of the main characters - how cheeky is that?
I've also started thinking about the cover for this new book. As it's a sequel of A Beginner's Guide To Salad, I want the cover to reflect that, so I'm going to design something quite similar. I'm looking forward to getting stuck in as making the covers is something I enjoy doing - when they go right. If I can't quite manage to get what's in my head onto the screen, that's not so good!﻿
Posted by Jennifer Joyce at 11:14