"I told you people only run away from bad relationships and debts and Lucinda’s running away from both." 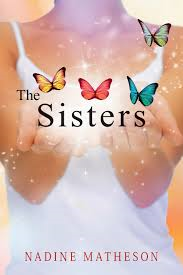 The idea for my book ‘The Sisters’ came to me after watching ‘The Real Housewives of…’ honestly, fill in the blanks with any city you like). I would return home from my job as a criminal defence lawyer, just in time to watch the latest episode. Every time I watched an episode I would tell myself that I had a very challenging day and I could comfortably not use any of my brain cells for the next 60 minutes. Who was I kidding? It was my guilty pleasure.

So, there I was watching an episode of Real Housewives when it dawned on me that one of the characters, we shall call her ‘Stella’, had no money. She was driving the flash car, had the Hermes bag dangling on the crook of her arm but beneath all of the glitter it was obvious that I probably had more money in the Quality Street jar under my desk than ‘Stella’ had in her bank account.

Once the episode was finished and I stopped shouting at the telly ‘It’s a lovely bag but you have no money’, I started to plan my book ‘The Sisters’.

Lucinda, Jessica and Beatrice are sisters who become Euterpe, one of the most successful British R’n”B bands of the 1990’s. At the height of their success, Lucinda makes the dramatic decision to leave the band and seek her own fame and fortune in New York City. Lucinda was living the life of a real housewife. She had the money, the cars and was part of the social elite until divorce and being a lady of leisure for far too long sends her down the path to near financial ruin. Lucinda has to make the decision to return back home to London her children and Louis Vuitton luggage in tow. Unfortunately, this is not a happy reunion. She returns to find that her father is ill and that her sister’s lives have changed. Her younger sister, Emma, suspects that there is more behind Lucinda’s return and Jessica would be happier if Lucinda took the next flight back to New York.


The Sisters is available on Amazon.Com and Amazon UK. You can find out more about me and I’m always happy to have a chat over at:


If you would like to appear here on the blog via a guest post, email me at jenniferjoycewrites@gmail.com
More details here
Posted by Jennifer Joyce at 08:00