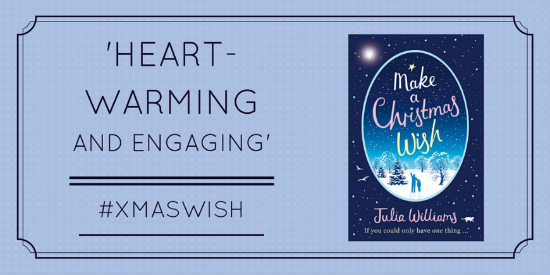 
Emily
Emily never set out to seduce Adam, nor he her. It had been a gradual process: of chats in the changing room before or after swimming; of the occasional drink with the swimming club and making sure she always sought him out; and then eventually of running into him one night when she came home from work. He was frantic. Joe had gone walkabout and Adam had no idea where. Emily auto­matically offered to help, and they tracked him down to a school friend’s house, where Joe was sitting rocking back and forth, saying, ‘Mum wouldn’t talk to me.’ That was Emily’s first glimpse of the hell Adam and Livvy were living in.

‘It’s as much my fault as hers,’ Adam had explained to Emily later. ‘I’ve always tried to support Livvy and Joe, but she seemed to cope so well with Joe when he was little, sometimes I felt she didn’t need me. Joe came first, which was natural, but it seemed that he was all she wanted. Somewhere along the line we stopped communicating, and I don’t think I quite appreciated the toll looking after Joe took on her.’

It wasn’t long after that they had kissed for the first time and from that point onwards, Emily’s relationship with Adam had changed and deepened, and then they were in too deep to get out without hurting people. It wasn’t what either of them had intended.

And then, a year ago, Livvy had died and everything had changed. Adam had been in a state of profound shock and Emily couldn’t help him. She had had to sit on the sidelines wondering whether she’d ever see him again. For a while she’d wondered if that was going to be it; whether the love affair which had made her heart sing would be snuffed out just as surely as Livvy’s life had been.

But a few weeks after Christmas, Adam had started to call her.

‘I’m sorry,’ he said, ‘I’m going mad here. I have to talk to someone. And you’re the only person who understands.’

At first Emily was wary, not sure if Adam even knew what he wanted; not sure if the love she felt for him was reciprocated. She had deliberately avoided going to swim­ming, because seeing him there was just too painful, but one blustery February day she’d taken herself off for a walk down by the river, and suddenly there was Adam, standing before her. The weeks of frustration and anguish melted away and they were in each other’s arms before they knew it.

‘I’m so sorry for not seeing you,’ Adam had said when they went to a bar to sit and chat. ‘I made a mess of every­thing with Livvy, and I really don’t want to make a mess of it with you. I have to think about Joe. You do understand that, don’t you?’

‘Of course I do,’ said Emily. ‘What happened has happened, and we have to deal with that. Let’s just see where this goes.’

It was clear that whatever they had begun just wasn’t going to go away, and so they started things up again. Slowly at first, and gradually. They had a few dates while Joe was at his grandma’s. One Saturday they managed a whole wonderful day in town, visiting the Millennium Wheel, and ending up with a show and a meal, and a night in a hotel. It was like starting all over again, like a proper couple. Emily began to feel that they were on surer ground, that this might settle into something permanent after all, just like she’d always hoped. After a few months, Adam began to invite Emily round to the house for short periods, letting Joe get used to her being there. They’d tried not to rush things for the sake of Joe, who though he barely mentioned Livvy clearly still missed his mum, but he seemed to tolerate Emily, so much so that Adam had recently dared to start asking Emily to stay over occasionally.

If anyone had asked Emily she wouldn’t have chosen it this way. Adam still had a lot to deal with, and she worried about the responsibility of Joe, and how she would cope if she ever became his stepmother properly. Joe was lovely, and she was very fond of him, but frequently felt out of her depth. If she were to be with Adam permanently she’d have to take that on. It was a big ask, but Adam made her happy. And she made him happy. That had to be worth something, didn’t it? If only things didn’t have to be quite so complicated . . .

And then, today, Joe had dropped his casual bombshell. He had looked at her so calmly and said, ‘Will you be my new mother?’ and Emily had felt floored. His old one had found it so difficult it crucified her marriage. She wanted Adam for always, but Joe? How could she possibly be up to the task?
Make A Christmas Wish is available now