Cover Reveal: The Years of Loving You by Ella Harper 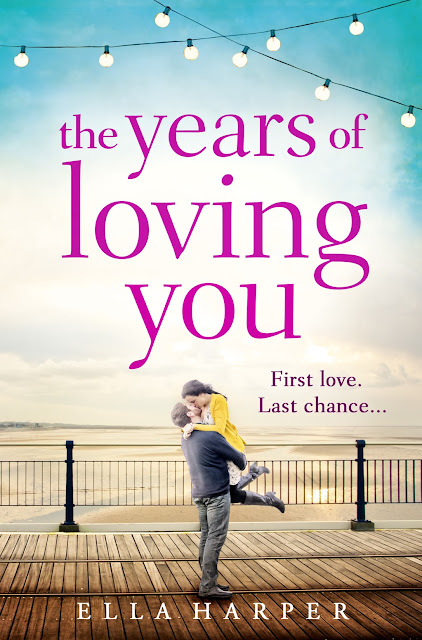 From the award-winning author of PIECES OF YOU comes this enthralling love story, guaranteed to make you laugh, cry and dream upon a star…

What if your first love was your only love?

When Molly is diagnosed with a life changing illness, it feels like her whole world has come crashing down. She hopes the news will make her marriage to Sam stronger. But why does Molly always call best friend Ed in a crisis?

Ed. The very same Ed that Molly fell in love with at a party when they were teenagers, underneath a star-filled sky. Then life took them in very different directions. They could only ever be friends.

Suddenly Molly starts to question every decision she’s ever made. What if they could turn back the clock? Back to the very beginning. When the only certainty they shared was each other …
The Years of Loving You will be released on 15th October (ebook) and
19th November (paperback)

As a shy teenager, Ella Harper found a way to escape by learning foreign languages, and imagined she might eventually get a glamorous job speaking French. After completing a BA in French and Russian Studies, she found herself following in her father’s footsteps into banking instead, seduced by the excitement and glamour of that world. But after climbing her way to Assistant Vice President, Ella started idly

mapping out the beginnings of a novel on an old laptop. When she realised her characters were more real to her than dividends and corporate actions ever could be, she left her job to become a writer. Eight years later, and Ella has published four hugely popular novels under the name Sasha Wagstaff.