The Mince Pie Mix-Up: An Introduction To The Neil Family

As we're just over two weeks away from the publication of The Mince Pie Mix-Up, I thought I'd introduce you to the stars of the book - the Neil family!


Judy is a mother of two who works part-time in the village tea room as well baking on the side to earn some extra, well-needed cash. This means she’s often up at the crack of dawn, whipping up batches of mince pies during the festive period.

Judy loves her husband, Neil but she sometimes wishes he would help out more at home – or at least appreciate what she does for the family.

Calvin works in marketing for an intolerant boss who has a tendency to yell and swear and offer threats of unemployment. After a hard day at work followed by the rush-hour traffic, Calvin wants nothing more than to sit in his chair with his newspaper.

Calvin loves his wife, Judy but he sometimes wishes she wouldn’t nag quite so much and realise how hard he works to support their family.


Scott is Calvin and Judy’s oldest child. He loves sport – especially football – and his band.

Charlie is the youngest member of the Neil family. She loves ballet, sweet treats and anything girly.

Both children wish that their dad would spend a bit more time with them. But will they notice when their parents switch places this Christmas? 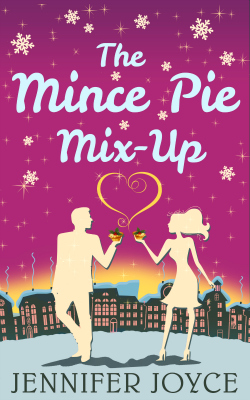