I decided to keep a little diary while writing The Little Teashop of Broken Hearts, so I thought I'd share it here on the blog during the run-up to publication.


So, The End is within reach. If I pull my socks up, I can have a first draft by the end of this week. It’s hard to believe that I’ve almost completed the first stage of a novel. When the writing slump arrived really early on, it threw me and I didn’t think I’d be able to pull it off. I knew what Maddie’s story was – although I’ve been thrown a few curveballs along the way, which I’ve loved – but getting the words out has sometimes been tough, and not just because my writing time has been limited over the summer holidays.

At the start of the holidays, I told myself I wanted to finish the first draft before the kids went back to school, so I’d better stop rambling here and get those words down!

The new series of The Great British Bake Off started last night and the technical challenge had the bakers making Jaffa cakes, which was funny because yesterday – only a few hours earlier – I wrote about Maddie baking homemade Jaffa cakes. I’m taking this as a sign. I haven’t decided whether it’s a good sign or not yet, but it’s definitely a sign either way!

It’s quarter to eleven on a Friday night and I’m still sitting at my desk. If this isn’t dedication, I don’t know what is.

The End is so close now! It’s been a hard slog at times, so I’ve bought myself the Miranda box set as a treat for when I finish the first draft. I’ve watched them all but as I don’t own any of them, I’ve been watching series one on Netflix again and again.

My goal was to finish the first draft of The Sweetest Kiss (now The Little Teashop of Broken Hearts) before my girls went back to school after the summer holidays and I can proudly say that with 8 days of the hols left, I have reached those blessed words ‘The End’. Yes, after 62 days and 84,123 words, the first draft is complete. Woo! 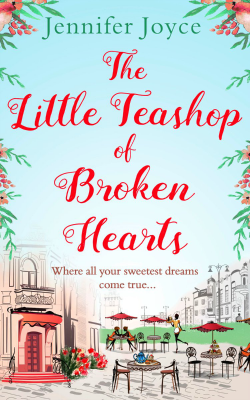