A Chat With Anna Bell

You can see my review for Don't Tell The Groom here and author Anna Bell has kindly agreed to answer a few questions. 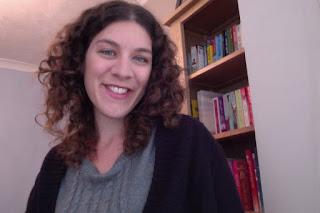 When did you realise you wanted to become a writer?

After a failed interview for the TV show The Apprentice a few years ago, I walked by Random House with my husband and I drunkenly pointed at the building and said ‘one day they’re going to publish my book’. It was the first time I had told him that I harboured secret writing fantasies, and I expected him to laugh at me. Instead, he said that he’d found my Apprentice application really funny and that I should try and write a book. So I did.

Why did you decide to self-publish your novels?

I had written and released Millie and the American Wedding as a bi-weekly podcast on iTunes. When the podcast came to an end, it seemed a shame not to do anything with it. As it had been in the public domain for free, I didn’t think a traditional publisher would want it, so I decided I’d self-publish it in the hope of selling fifty copies. I still intended to try and get the rest of my books traditionally published, but after the success of Millie I have continued to to self-publish.

What advice would you give other writers who are thinking about self-publishing their book?

Take your time with it; it’s not going to make a difference if you publish it in a few weeks or a few month’s time. Once it’s up and it gets reviews - those reviews are always linked with that book, no matter if you change your content. Make sure you get people you trust, and people that will be honest with you, to test read your book to make it the best you can. Then get it professionally edited (I’d recommend both line and copy editing). And as people judge a book by the cover - do get a professional cover designed. It costs quite a bit of money in initial investment, so you have to be really sure that you do want to self-publish.

What was your inspiration for Don't Tell the Groom?

I got married eighteen months ago, and much to the horror of my mother, my husband and I married on a shoe-string budget. It turned out to be an amazing wedding and it showed a lot of our friends and family (my mother included) just what you could achieve without spending the earth. With so many chick-lit wedding stories focusing on dream weddings, I thought it would be fun to have a budget bride character. Only unlike me, Penny the main character in the book had the budgeting forced on her when she gambled away her wedding savings!

In Don't Tell the Groom, Penny dreams of marrying in a castle. What would be your ideal wedding location?

My husband and I initially wanted to get married on a Costa Rican beach. There’s a beautiful beach called Manuel Antonio where we once spent a magical few days that would have made the perfect destination. But when it came down to the planning, we decided that the people at the wedding were as important as the venue - and a lot of our friends and family wouldn’t have been able to make it to Costa Rica. We ended up getting married in a beautiful Museum that was an old Victorian Officer’s mess (which may just have been the inspiration for Penny’s venue).

Penny is addicted to online bingo. Have you ever dabbled yourself?

In the beginning I had thought that I should at least play one online game to see how it all worked, but I started researching the addiction first. I was introduced to a friend of a friend who’d had an online gambling addiction, and it was scary to realise how easy it had been for them to gamble and lose a lot of money. Once I’d read about the darker side of bingo, I didn’t dare let myself play a game, and instead I learnt how to play from the online tutorials.

If Don't Tell the Groom was made into a movie, who would be your dream cast?

Now that is a difficult question. I think Penny would be played by someone like Emily Blunt as she’d need to be someone that could be serious with a hint ditzy, yet able to show a lot of emotion. Josh, with his startling blue eyes, would have to be played by a pretty-boy like Chase Crawford. And then for Mark, maybe someone like Tom Ellis from Miranda.

Who has been your favourite character to write to date?

Penny from Don’t Tell the Groom has definitely been my favourite to write so far. I think mainly because she’s the first character I’ve written in the first person. I had a lot of fun being in her head and writing her sarcasm and witty responses to the scenes playing out around her.

The answer to this is almost certainly an Enid Blyton book, but I couldn’t tell you which one. I don’t think it was until my teens that I realised there were any other authors available. I read a lot of her books but my favourites were: The Wishing Chair, the Magic of the Faraway Tree, and the Famous Five series. I grew up wanting to drink ginger beer and solve mysteries.

I’m just in the planning stage of my next book so I’m a bit vague on details, but it’s essentially about a girl who goes on a lot of disastrous dates. It is in absolutely no way based on any of my own, or my friends’, tragic dating stories *coughs and crosses fingers behind back*.
*     *     *     *     *

Thank you for taking the time to answer my questions, Anna.

Don't Tell The Groom is out now and available here

You can find out more about Anna at www.annabellwrites.com or follow her on twitter @annabell_writes
Posted by Jennifer Joyce at 08:00