It was my 30th birthday on Monday (30? How did that happen?) and, as an added bonus, I didn't even have to do the school run as my daughters' school was closed due to the snow. I'm not a fan of snow. Or rather, I'm not a fan of what snow becomes after a day or two - ice. But I decided to make the most of it and wrapped myself and the girls up and had some fun. We threw a lot of snowballs, with the kids ganging up on me (even though I was the birthday girl - brats :-P ) and we attempted to build a snowman but  soon got bored. The oldest and I gave snow angels a go but it wasn't quite deep enough. 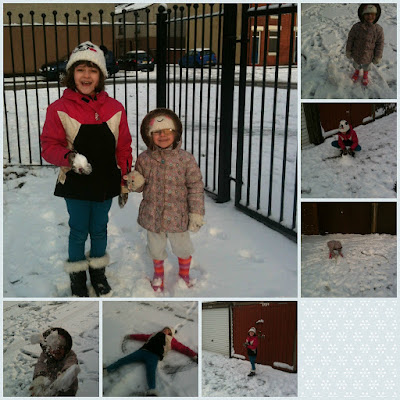 Later on, a delivery of gorgeous pink flowers and chocolates arrived from The Husband (I knew there was a reason I married him). 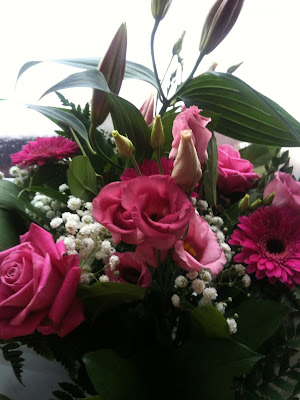 There was also cake and the four of us braved the snow again to go out for tea.﻿
﻿

So that's it, my twenties have gone *sob* This time a decade ago, I'd just waved goodbye to my teens (and was already 3 weeks away from becoming a mum - oopsie). Since then I've had another child and got married but I still don't feel any more mature. I'm still waiting for that to happen. Perhaps sometime in the next ten years...
Posted by Jennifer Joyce at 08:00