The Bow Wow Club by Nicola May 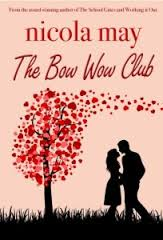 ﻿
Ruby Stevens' husband died 15 months ago and while she still misses George and would do anything for him to be with her again, she is beginning to pull herself out of the swamp of grief. But her progress is halted when she's mugged while out shopping. The thieves take her purse, which contains her wedding ring. Ruby is distraught but a passing stranger takes her for a cup of tea to calm her down.
Michael can't help being drawn to Ruby as he comes to her rescue following the mugging. Michael has been hurt in the past and thinks Ruby can heal his heart while he heals hers. But Ruby isn't quite ready to say goodbye to George and finds it difficult to start a new relationship. To help her deal with this new stage in her life, she volunteers at the Bow Wow Club, a club for 'boyfriends of widows, wives of widowers' to share her feelings. The Bow Wow Club is run by Simon, a camp vicar with a fondness for drink. Here, Ruby meets lots of colourful characters, from scruffy tourettes sufferer, Jimmy to sex mad Cali and fireman Nick.
The Bow Wow Club is a follow up of Nicola May's previous novel, Working It Out, which I haven't read yet but it doesn't matter as The Bow Wow Club works as a standalone novel and all important back story is explained. I immediately sympathised with bereaved Ruby as she struggles with her life without George. She's only in her thirties and her married life with George was just getting started, with discussions about starting a family, when George died. I can't imagine the anguish she must have felt when her wedding ring, which George had thoughtfully had engraved, was stolen.
Michael was very sweet coming to Ruby's rescue and he obviously adores her. His feelings for Ruby inspire him to write the romance novel he's always wanted to write but, to be honest, Michael's writing disturbed me a little. It started off as a romance but quickly became erotica and a way to vent his anger at his past relationship. I think I would have warmed to Michael a little more without his nasty side coming out through his writing. I know he was still angry with his ex and this was his way of exacting revenge but I was left worried about whether he really did think his novel was romantic!
My favourite part of the book was the time Ruby spent at the Bow Wow Club as Simon, the vicar who runs the group, quickly became my favourite character. He's so camp and has a biting wit but he is caring too. The club contains some eccentric characters who are a lot of fun despite the problems they are experiencing.
The Bow Wow Club is the first Nicola May book I've read but I enjoyed following Ruby's story and meeting her array of quirky friends.
Thank you to Nicola May for providing me with a copy to review.
I will be chatting with Nicola May next week and you will have the chance to win a signed copy of The Bow Wow Club.﻿
Posted by Jennifer Joyce at 08:00 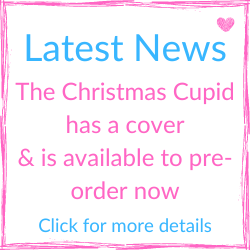 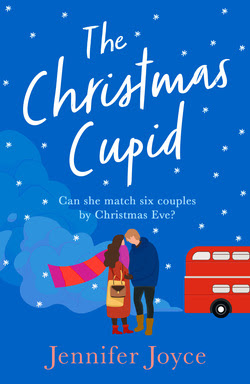