This year I've been catching up on books that have been neglected (either on my bookshelf or Kindle) so some of these gems aren't 2016 releases but I think they deserve just as much of a shout out as their newer book friends (none of us are getting any younger ourselves, right?).

So here goes, in the order I read them:

A Home For Broken Hearts
by Rowan Coleman 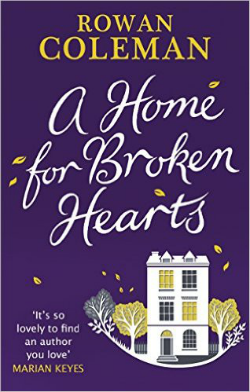 Is there a cure for a broken heart?

Once upon a time, Ellen Woods had her 'happily ever after' moment when she married her beloved Nick. But fifteen years later her husband's tragic death leaves her alone with their soon-to-become-a-teenager son and a mountain of debt.

On the verge of losing the family home Ellen decides to rent out some rooms, and all too soon a whole host of characters enter her ordered but fragile existence – each with their own messy life in tow. But will this be enough to pull her out of her grief so she can learn to live – and love – again? 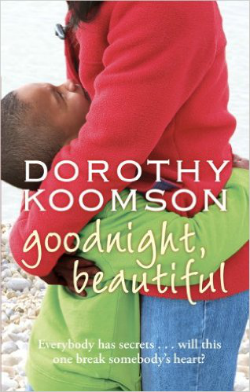 Nova Kumalisi would do anything for her closest friend, Mal Wacken. She owes him her life. So, when he asked her to be the surrogate mother for him and his wife, in spite of her fears about how it would alter their friendship, Nova agreed.

Eight years later, Nova is bringing up their son alone, and she and Mal don't speak. Months into the pregnancy, Mal's wife changed her mind about the surrogacy agreement. Already suspicious of how close Nova and Mal were, Stephanie realised her strained marriage was in serious trouble when she found a text from her husband to Nova, saying, 'Goodnight, Beautiful'. She asked Mal to cut all ties with his closest friend and unborn child.

Now, seven-year-old Leo is critically ill and Nova, despite her anger and hurt, wants Mal to have the chance to know his son before it's too late. Will it take a tragedy to remind them how much they mean to each other?

The Night That Changed Everything
by Laura Tait & Jimmy Rice 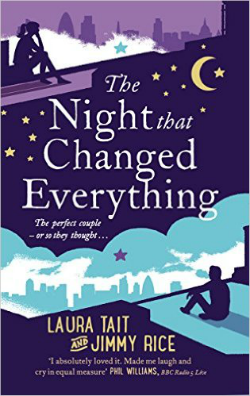 Rebecca is the only girl she knows who didn't cry at the end of Titanic. Ben is the only man he knows who did. Rebecca’s untidy but Ben doesn’t mind picking up her pieces. Ben is laid back by Rebecca keeps him on his toes. They're a perfect match.

Nothing can come between them. Or so they think.

When a throwaway comment reveals a secret from the past, their love story is rewritten.

Can they recover from the night that changed everything? And how do you forgive when you can’t forget?

My Everything
by Katie Marsh 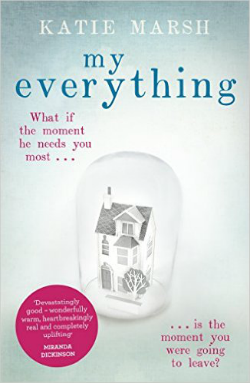 On the day Hannah is finally going to tell her husband she's leaving him, he has a stroke . . . and life changes in an instant.

Tom's only 32. Now he can't walk or cut up his own food, let alone use his phone or take her in his arms. And Hannah's trapped. She knows she has to care for her husband, the very same man she was ready to walk away from.

But with the time and fresh perspective he's been given, Tom re-evaluates his life, and becomes determined to save his marriage. Can he once again become the man his wife fell in love with, or has he left it too late?

Here's Looking At You
by Mhairi McFarlane 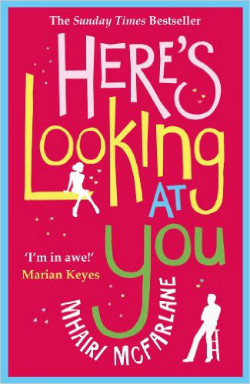 Despite the oddballs that keep turning up on her dates, Anna couldn’t be happier. As a 30-something with a job she loves, life has turned out better than she dared dream. However, things weren’t always this way, and her years spent as the ‘Italian Galleon’ of an East London comprehensive are ones she’d rather forget.

So when James Fraser – the architect of Anna’s final humiliation at school – walks back into her life, her world is turned upside down. But James seems a changed man. Polite. Mature. Funny, even. People can change, right? So why does Anna feel like she’s a fool to trust him?

So those are my 5 books that I've loved so far this year but I'd love to hear yours too! Go on, give a book or two (or five) a well-deserved shout out in the comments below.﻿
Posted by Jennifer Joyce at 08:00