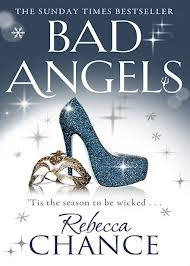 Melody Dale's acting career was just taking off when a bad movie choice ruined her reputation and cost her the boyfriend she loved. Talked into a few 'minor' surgical adjustments, Melody no longer looks like the girl James fell in love so she's had the cosmetic surgery reversed and is spending the festive period recuperating in a luxurious apartment in Limehouse Reach, an apartment complex for the very rich. In January, Melody will emerge free of bruising and swelling to audition alongside James and hopefully not only reignite her career but win back James' love too.
Jon Jordan is also recuperating at Limehouse Reach after major reconstructive surgery on his face. Jon is hoping his new face will allow him to begin a new life with a new identity. It is imperative that no-one knows his true identity and that he keeps everybody at arms length to protect himself but he finds himself drawn to Aniela, the nurse taking care of her clinic's patients staying at Limehouse Reach.
In residence of Limehouse Reach's penthouse suite is Russian businessman Grigor Khalofsky. The extremely rich and powerful Russian, exiled from his own country, is planning an extravagant Christmas party. But his Christmas isn't going to be as perfect as he imagines when his wife turns up. Dasha Khalovsky is furious that Grigor plans to divorce her and marry a younger woman. She is desperate to avoid the humiliation of divorce and so begins to plot her revenge.
Bad Angels is another naughty but nice read  from Rebecca Chance. Set over Christmas and New Year, Bad Angels is full of the excitement and joy of the season, courtesy of Khalovsky and Limehouse Reach's concierge, Andy. Khalovsky is like an overgrown kid as he enlists Andy, who equally enjoys everything about Christmas, to transform the place into a winter wonderland with over sized trees, wreaths and a railway track to transport his guests' children around his vast apartment. I loved their energy and enthusiasm as they tried to engage those around them in the festivities.
But Bad Angels isn't your typical fun festive read as Dasha Khalovsky goes on the rampage, plotting revenge and murder. I spent most of the book switches allegiances with Dasha. To begin with I thought she was a wonderful pantomime villainous bitch - witty, vengeful and used to getting what she wants but it soon transpired she was ruthless and more than a little unhinged. As mad as Dasha is, she creates some brilliant action packed chapters towards the end of the book.
One of my favourite characters was the concierge, Andy. He is introduced quite gently to begin with as he helps Khalovsky transform Limehouse Reach for Christmas but I was pleased when he featured more and more and ended up with his own storyline. Alongside the elaborately rich and famous, Andy is normal and down to earth and, most important of all, secure in who he is. The one-sided rivalry between Andy and Khalovsky's PA, Sergei, was very amusing.
I also really enjoyed Jon and Aniela's storyline and their blossoming relationship is rather sweet once you get past the rampant bedroom antics! Although Andy, Jon and Aniela's stories were my favourite, I didn't find any of the storylines or characters weak and enjoyed them all.
Bad Angels is a hot, flamboyant and action packed festive read and I loved every page of it.
Thank you to Simon & Schuster for sending me a copy to review.﻿