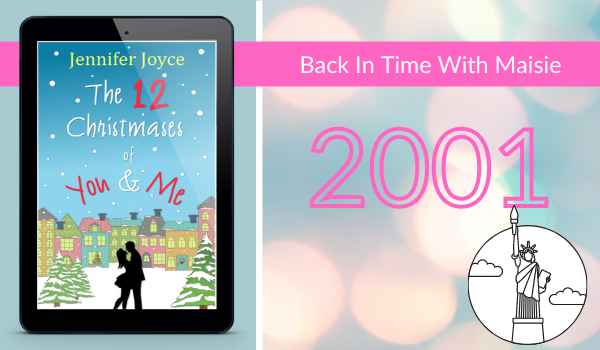 2001 was the year Kylie made white sheets sexy, Pop Stars gave us Hear'Say and Liberty X, and we were watching monsters and ogres at the cinema.

Can't Get You Out of My Head (Kylie Minogue)

Because I Got High (Afroman)

Harry Potter and the Philosopher's Stone
The Lord of the Rings: The Fellowship of the Ring
Monsters, Inc
Shrek
Ocean's Eleven

Game show Blankety Blank makes its return, hosted by Lily Savage
E4 is launched
A foot and mouth outbreak hits the UK
Damon Albarn's virtual band, The Gorillaz, releases its first album
The who shot Phil Mitchel storyline begins in Eastenders
Crossroads returns to ITV after being off the air for thirteen years

The first Celebrity edition of Big Brother airs for one week, as part of Comic Relief. Jack Dee is voted the winner
After winning ITV's Pop Idol, the newly-formed band, Hear'Say release their first single. 'Pure and Simple' reaches number one in the charts

John Prescott, the Deputy Prime Minister, punches a protester who threw an egg at him
Liverpool Airport is renamed Liverpool John Lennon Airport in tribute to the Beatle
Richard and Judy leave This Morning after presenting the show for thirteen years
Home and Away airs on Channel 5 for the first time

Brian Dowling wins the second series of Big Brother
Eastenders increases its episodes to four per week
News breaks of a terror attack in the US
Charles Ingram wins the jackpot on Who Wants To Be a Millionaire, but is later accused of cheating by having his wife and another contestant cough to signal correct answers
The final episode of Saturday morning children's TV, Live & Kicking is aired on BBC One
Ant & Dec present their last episodes of SMTV Live and CD:UK
The Office, Will & Grace, Two Pints of Lager and a Packet of Crisps, The Kumars at No. 42, Soapstars, Phoenix Nights, and As if, have their British TV debuts