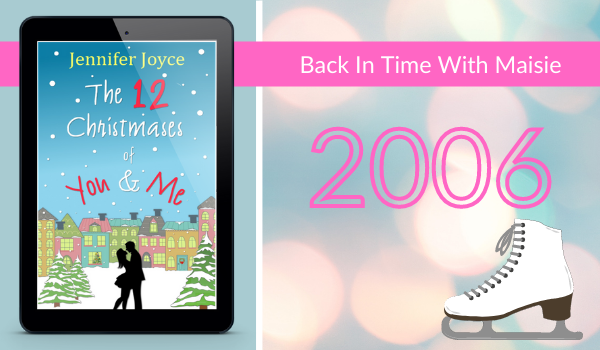 2006 was the year Leona Lewis became the first woman to win The X Factor, Daniel Craig made his James Bond debut, and the Queen turned 80.

From Paris to Berlin (Infernal)

Life on Mars debuts on BBC One
Dancing On Ice starts on ITV for the first time. Ex-Coronation Street actress and her professional skating partner, Daniel Whiston, win
A whale is spotted in the River Thames
Chantelle Houghton enters the Big Brother house for the fourth celebrity series. She's a 'civilian' but has to convince the other housemates that she's famous. Chantelle goes on to win the series
The Winter Olympics takes place in Turin, Italy. Shelley Rudman wins Great Britain's only medal; a silver in women's skeleton

CITV gets its own TV slot, sharing a channel with ITV4 and running during the daytime
Michelle Dewberry wins the second series of The Apprentice
Top of the Pops is axed, only returning for Christmas specials
Previously viewed as a subscription service, FilmFour launches as a free-to-air channel
New TV talent show, How Do You Solve a Problem Like Maria airs on BBC One. Presented by Graham Norton, its aim is to find an actress to play Maria in a stage production of The Sound of Music
While filming an episode of Top Gear, host Richard Hammond crashes his jet-powered car and receives a serious brain injury

The One Show launches on BBC One
The Royle Family returns after six years for an hour-long episode, 'The Queen of Sheba'
BBC One airs a new version of Robin Hood, staring Jonas Armstrong , Lucy Griffiths, Richard Armitage and Keith Allen
Doctor Who spin-off, Torchwood debuts on BBC Three
Mark Ramprakash and his professional dance partner, Karen Hardy win the fourth series of Strictly Come Dancing
Wendy Richard, who has played Pauline Fowler since the soap began, leaves Eastenders
Soapstar Superstar, Everybody Hates Chris, Hotel Babylon, Horrid Henry, Dickinson's Real Deal, The IT Crowd and How To Look Good Naked also have their British TV debuts