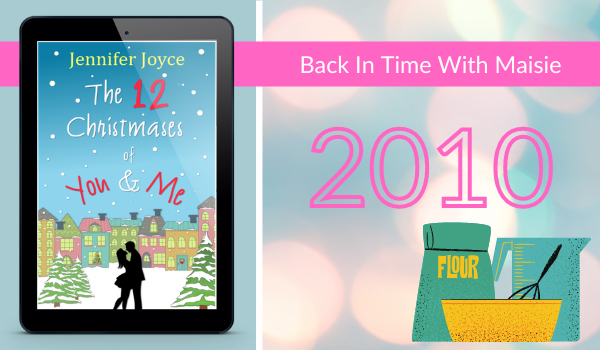 2010 was the year Andy outgrew Woody and co, Glee brought Journey back into the charts, and The Great British Bake Off arrived on our screens

When We Collide (Matt Cardle)

She Said (Plan B)

Matt Smith takes over the role of The Doctor, replacing David Tennant
Channel 4 airs its final series of Big Brother and Celebrity Big Brother
Eastenders celebrates its 25th anniversary with a live episode in which it is revealed Stacey Slater killed Archie Mitchell
Kraft Food buys Cadbury's
Emmerdale actress Hayley Tammadon and her professional skating partner, Daniel Whiston win the fifth series of Dancing On Ice
Luther airs on the BBC for the first time

New gameshow The Million Pound Drop - later renamed The 100k Drop - airs on Channel 4
Asda buys all the UK Netto stores
Spelbound, a gymnastics troupe, win the fourth series of Britain's Got Talent
The final episode of Last of the Summer Wine airs after 37 years on our screens
The Bill is axed after 26 years
ITV's breakfast show GMTV is replaced by Daybreak, hosted by Adrian Chiles and Christine Bleakley

The final episode of Heartbeat airs
Downton Abbey debuts on ITV
Hollyoaks reaches its 15th anniversary
Prince William and Catherine Middleton become engaged
Coronation Street airs the death of long-running character Jack Duckworth
Coronation Street celebrates its 50th anniversary with a live episode. The storyline revolves around the tram crash which results in the deaths of Ashley Peacock and Molly Dobbs
So You Think You Can Dance, Junior Apprentice, Sherlock, The Octonauts, Come Fly With Me and Take Me Out also have their British TV debuts