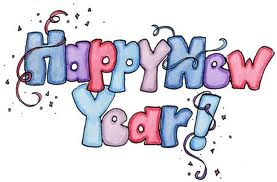 I hope you all had a fab New Year's Eve, whatever you did. We stayed in (as we usually do, having two kids) and had a Chinese take away which was yummy. At midnight, me, The Partner and the 8 year old gathered on the doorstep to watch the fireworks. There were loads and pretty big ones too but thankfully they only lasted ten minutes or so and not into the early hours. It's a shame the same couldn't be said for all the drunken idiots (not that I was jealous that they'd been out and had a great time...) that passed by the house bewteen the hours of one and three. The best had to be the bloke singing 'Penetration is the name of the game and I want to play the game with you'. And the young lady he was with seemed to find this charming.

As it is the start of a new year, I thought I would set myself some writing goals. I would obviously love to be represented by an agent and land a publishing deal but I can't really control that so I am going to keep them realistic (boring, aren't I?):