Time To Get Bundled Up Again!

It's so cold, I'm bundled up again. Carina have created another cosy bundle, with The Mince Pie Mix-Up nestled up with two more festive reads. 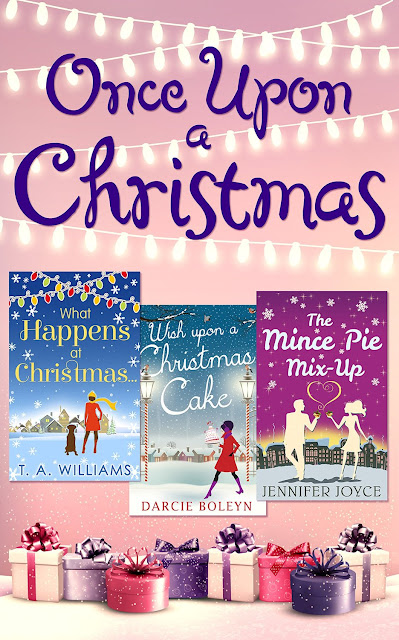 Snuggle up with not one, not two, but three fabulous festive romances this holiday season!

Wish Upon A Christmas Cake by Darcie Boleyn

When Katie Warham wished for the best Christmas ever, she never expected her ex-boyfriend Sam to turn up on her doorstep! But as the snow begins to fall, Katie begins to wonder…could her Christmas wish actually come true?

What Happens at Christmas… by T.A. Williams

Men have always been off the cards for high-flying Holly, but there’s something about mysterious writer, Jack, that has her re-thinking her three-date rule. And with only a few days until Christmas, there’s magic in the air…anything could happen!

’Tis the season to be jolly, yet for Calvin and Judy the usual festive bickering has already begun! But after a magical mince pie mix-up, one thing’s for certain – by Christmas Day, life will never be the same again…
Once Upon A Christmas is available from Amazon now
Posted by Jennifer Joyce at 13:00