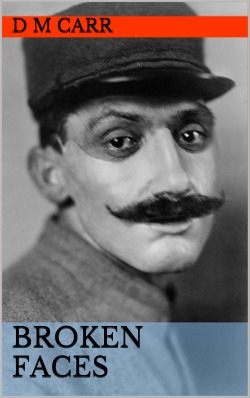 Freddie Chevalier, a wealthy farmer’s son, suffers a life-changing disfigurement in the Great War. He’s in love with his best friend’s fiancé and is determined not to miss out on the excitement of the Great War. Soon his life changes from one of idyllic days spent with his friends, Charles, Meredith and Lexi, staying at the Baldwyn’s ancestral home in Shropshire and working on his father’s farm in Jersey, to one of horror, pain and betrayal.

It doesn’t take long for Freddie to discover that the life he enjoyed before the war has vanished and that he is going to have to find a way to live with the consequences of the choices he and Charles have made.

Broken Faces beat 7000 other entrants to be a runner-up in the Good Housekeeping Magazine Novel Writing Competition (2012) they described DM Carr as as ‘one to watch’, They also added, ‘In Deborah Carr’s Downton-esque tale, Broken Faces, a soldier suffers a life-changing injury in the Great War’. The book also received a special commendation in that year’s Harry Bowling Prize.


As the weight of the plaster of Paris slowly increased on his face, he tried to steady his breathing and not give in to claustrophobia. It would be worth it in the end. He concentrated on the gentle American accent of the woman clasping his hand. She had a kind face. Her lack of shock when he’d been unmasked was admirable. Or was it simply she had grown used to seeing men such as he? They told him she was a sculptor. Someone overheard her say she saw beauty in the men she helped and that those men with missing noses and shattered faces were like the sculptures she created.

All he could think about, apart from the suffocating pressure on his nose and mouth, was a poem he’d heard someone recounting back at Les Invalides. Was it by Yeats? He wasn’t sure. He recalled it was about Easter in 1916, but not referring to the Front, even so the words still resonated. How did it go? He couldn’t quite remember. He was now one of the gueules cassées. One of the broken faces and his life would never be the same again. 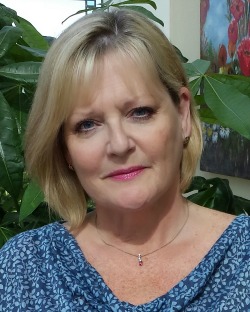 D.M Carr lives in Jersey with her husband and three noisy but adorable rescue dogs. She writes romances for Accent Press under the pseudonym Georgina Troy. Broken Faces is her debut novel in her own name.

a Rafflecopter giveaway
Posted by Jennifer Joyce at 08:00