So I wrote a story. I completed the first draft, then a second and a third before I sent it away to be edited. Now it's time to make it look like an actual book.

Formatting my first book, A Beginner's Guide To Salad was quite difficult. I didn't have a clue what I was doing and relied quite a lot on Google so, having done it once, I found it much easier to get my head around second time around. I was no longer leaping into the unknown and knew a few tricks to prevent me from tripping up further down the line.

The greatest of these tricks was knowing not to use the tab button to indent. I didn't know that first time round. You're supposed to use the indent tool in word, but I didn't, which meant I had to go back through the document and remove the tabs and set my indents correctly. I've since discovered that you can remove the tabs all at once with a couple of easy steps. Again, I did not know this at the time *angry face*

I also knew how to set up a Table of Contents this time. It's actually pretty easy to do but I HATE setting them up. It's such a boring and repetitive process but it's something that has to be done and at least I can get through it a bit quicker now I don't have to keep referring to the step-by-step guide.

Last time around, I didn't know much about front matter (the stuff that becomes before the actual story in a book), but this time I had a template I could work from by referring back to A Beginner's Guide, which was helpful and definitely helped saved time and more Google research.

Once I'd formatted the book, I converted the file so I could read it on my Kindle (something else I'd had to learn from scratch last time) and it's at this stage it really looks like a real book. I was so excited about seeing it on my Kindle, I had to take a photo of it! 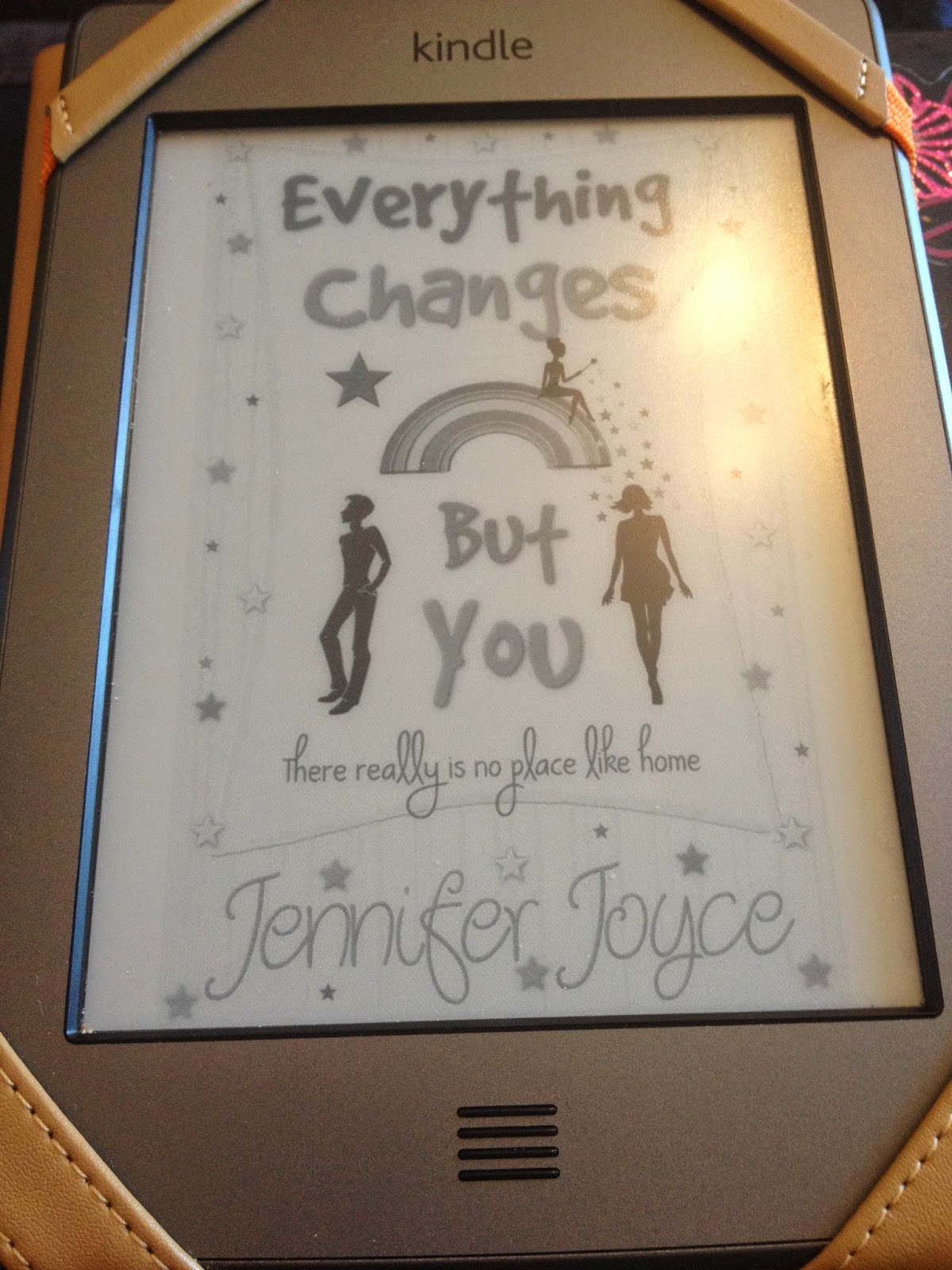 Now it was time for the proofreading stage. It always amazes me how much stuff gets missed the first, second, third, fourth time I go through my book. And I'm not just talking about the odd typo - characters can change name or swap bodies with somebody else. Or they can steal somebody else's food. I had one (male) character speaking to his (female) friend before tucking into her food instead of his. The cheek!﻿
﻿

Email ThisBlogThis!Share to TwitterShare to FacebookShare to Pinterest
Labels: Everything Changes But You, Writing