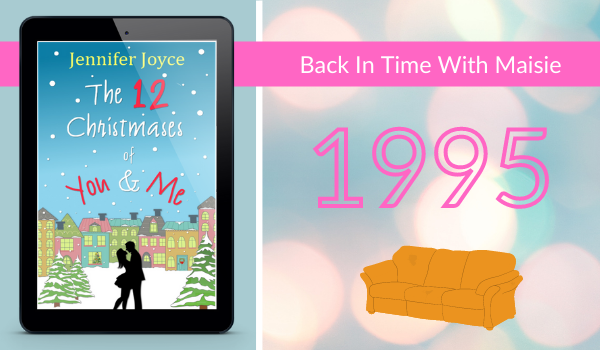 1995 was the year when Robson & Jerome had emerged from Soldier Soldier as a pop duo, Woody and Buzz Lightyear came into our lives and Channel 4 brought us some great telly.

I Believe/Up On The Roof (Robson & Jerome)

Back For Good (Take That)

You Are Not Alone (Michael Jackson)

Missing (Todd Terry Club Mix) (Everything But The Girl)

Eric Cantona flying-kicks a spectator during a Manchester United vs Crystal Palace match
In Brookside's most viewed episode, Trevor Jordache's body is found buried under the patio
The first The Diary of Bridget Jones column is printed in The Independent
The telephone dialing plan changes in the UK. In most areas a 1 is added to the dialing code after the initial 0, but some areas have a new code

Father Ted, Friends and ER air on Channel 4 for the first time
New licensing laws mean pubs can now stay open all day on Sundays
The National Television Awards are held for the first time, hosted by Eammon Holms
The Disney Channel launches in the UK

Hollyoaks begins airing on Channel 4
Princess Diana is interviewed by Martin Bashir, which is broadcast on the BBC
Pierce Brosnan plays James Bond for the first time in Goldeneye
They Think It's All Over, The Thin Blue Line, The Queen's Nose, Can't Cook Won't Cook, Game On and Band of Gold also have their British TV debuts.