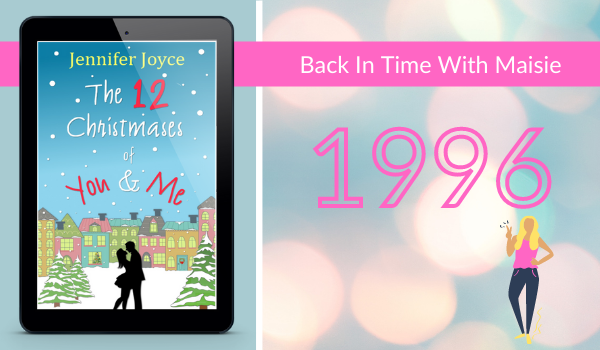 1996 was the year of royal divorce, when The Spice Girls burst into the charts, and when Tom Cruise set off on his first impossible mission.

Killing Me Softly (The Fugees)

Return of the Mack (Mark Morrison)

Say You'll Be There (The Spice Girls)

Gaby Roslin presents her last episode of 'The Big Breakfast' and is replaced by Zoe Ball
Take That announce they are splitting up. A helpline is set up for upset fans
The final episode of ITV's Spitting Image airs
Jarvis Cocker invades the stage while Michael Jackson is performing during the Brit Awards
Prince Andrew and Sarah Ferguson divorce

Coronation Street reaches its 4,000th episode
Fly-on-the-wall documentary Airport debuts on BBC One, depicting every day life at Heathrow
Euro 96 is held in England
The first mammal to be successfully cloned - Dolly the sheep - is born
The Spice Girls emerge with their debut single, 'Wannabe'