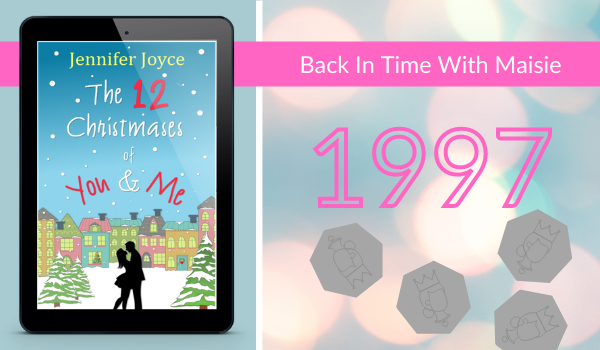 1997 was the year when Chumbawamba got knocked down (but got up again), Rose wouldn't budge over on that floating door and so Jack died, and Channel 5 was launched in the UK.

Too Much (The Spice Girls)

Men In Black (Will Smith)

I Believe I Can Fly (R Kelly)

I Wanna Be The Only One (Eternal ft BeBe Winans)

Where Do You Go (No Mercy)

Richard Branson attempts to fly around the world by balloon. It doesn't go well and they end up landing in the Algerian desert after 20 hours
Emmerdale increases its episodes from two a week to three, and the soap will celebrate its 25th anniversary later in the year
Chris Evans resigns from Radio 1
A second National Lottery draw is introduced on Wednesdays
The Spice Girls launch Channel 5

Tinky Winky, Dipsy, La-La and Po say 'eh-oh' for the first time as the Teletubbies arrive on our screens
The pilot of Cold Feet airs on ITV
The UK win the Eurovision contest for the first time since 1981 with Katrina and the Waves' 'Love Shine a Light'
Channel 4 airs its 4,000th episode of Countdown
Jonathan Creek debuts on BBC1

The Battersby family descend on Coronation Street
Diana, Princess of Wales is involved in a car accident in Paris and dies from her injuries
A new 50 pence piece is introduced
Konnie Huq joins the Blue Peter team
Spice World: The Movie is released
Celebrity Ready Steady Cook, Vets In Practice, Ground Force, I'm Alan Partridge, Where The Heart Is and Family Affairs also have their British TV debuts