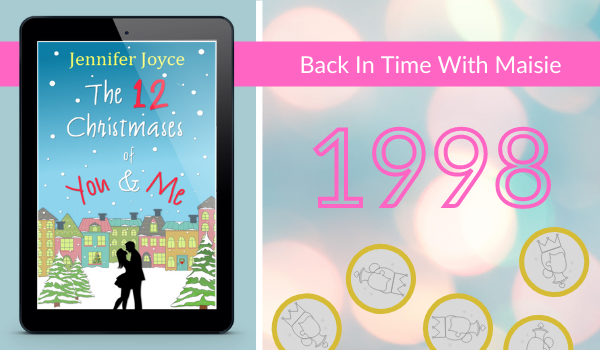 1998 was the year when The Spice had their third Christmas number one, B*Witched Irish-jigged their way onto our music channels in double denim, and Blue Peter celebrated their 40th anniversary.

My Heart Will Go On (Celine Dion)

Never Ever (All Saints)

How Do I Live (LeAnne Rimes)

No Matter What (Boyzone)

Feel It (The Tamperer ft Maya)

The Good Friday Agreement is signed
The character of Helen Daniels dies in Neighbours (in the UK. The episode aired in October 1997 in Australia)
Deirdre Rachid is released from prison
Following the UK's win the previous year, the Eurovision Song Contest is held at the National Indoor Arena in Birmingham
Geri Halliwell announces she's leaving the Spice Girls
Channel 4 airs So Graham Norton for the first time