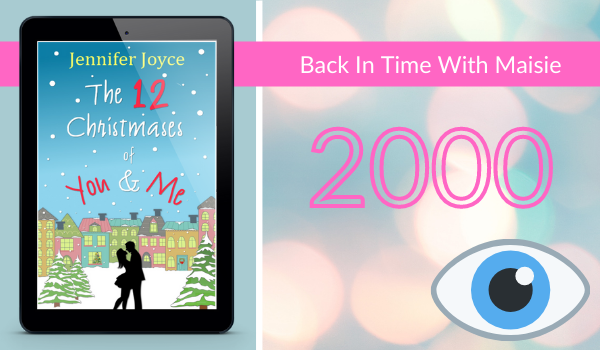 The year 2000 marked not only a new decade but a new millennium. During the year we had a cartoon builder reach number one in the charts, Tom Hanks made friends with a volleyball, and Big Brother began its run in the UK.

Can We Fix It (Bob the Builder)

Who Let The Dogs Out (Baha Men)

It Feels so Good (Sonique)

I Have a Dream/Seasons In The Sun (Westlife)

Fill Me In (Craig David)

In Cornation Street, thirteen-year-old Sarah Platt gives birth to daughter, Bethany
The UK's version of Big Brother airs on Channel 4, presented by Davina McCall. 'Nasty Nick' Bateman is ejected by the show after attempting to influence who the other contestants vote for.
Craig Phillips wins the £70,000 prize
Home and Away airs for the last time on ITV before its move to Channel 5 next year
The Queen's Mother celebrates her 100th birthday
The Weakest Link debuts on BBC Two

Protestors block the entrances to oil refineries due to high fuel prices, which leads to fuel shortages when people start to panic buy
The Slater family arrive in Eastenders
The Olympic Games are held in Sydney, Australia. Great Britain win 11 gold, 10 silver and 7 bronze medals
Emmerdale increases its episodes to five nights a week
Judith Keppel is the first person to win a million pounds on ITV's Who Wants To Be a Millionaire?
Doctors, My Family, Waking the Dead, Grizzly Tales for Gruesome Kids, At Home with the Braithwaites, and Fat Friends also have their British TV debuts