Today I'm delighted to be taking part in the blog tour of Greedily Yours with a guest post from the author, Emma Hamilton. 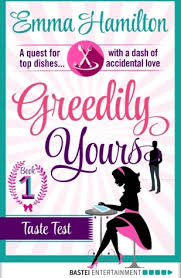 The joy of picking blackberries

Foraging wasn’t a ‘thing’ when I was little but I still loved picking fruit from the hedgerows and farms in Essex during the summer and early autumn and those experiences perhaps helped me with Tom’s enthusiasm for ‘Manna from the hedgerows’. In fact, my memories of fruit picking go hand in hand with memories of my childhood -those hazy summer weekends in June or July or August in the late seventies and early eighties. I’d be dressed in some old clothes, shorts and T-shirt most likely and driven out in a rickety old VW with scratchy wool seats; my brothers by my side. The metal of the seatbelt buckle would have heated up and would be burning through my thin cotton clothes as the engine chugged and we headed out of London towards Essex. I still remember the smell of those plastic baby / small child seats, the ones where your legs would get stuck to the plastic as the temperature increased and tempers frayed. The back of the van would be full of shallow plastic trays and punnets still stained with last year’s raspberries and strawberries. Finally, we’d arrive at the farm and we’d fan out, armed with punnets, trays and baskets to get picking. My favourites were the strawberries and raspberries, it was only when I was older that I could be persuaded to brave the sour thorns of the gooseberries. Blackcurrants and redcurrants were OK but more fiddly and less juicy to eat as you picked. Sitting in the strawberry patches, the straw poking through my sandals, bees buzzing and insects slowly crawling over the humped earth I’d pick and eat, eat and pick; Tell-tale red juice splodges appearing periodically on my T-shirt when I forgot that I was meant to be filling the punnet and instead popped the choicest specimens straight into my mouth. At the end of the day, we’d head for home, a few insects buzzing around the back where the fruit trays were giving off a sweet warm aroma, a taste of the jam, fools, cakes and compotes to come. For days later, my mum would be busy boiling, bubbling and transforming the trays of fruit into delights to last us into autumn.

When I became a student, the joy of finding some unexpected blackberries for free in a hedgerow was even better. Blackberry crumble, blackberry compote, blackberry cupcakes or an autumnal Pavlova would follow as I picked, washed, cooked and hummed, happy at such a bounty from very little effort. As I was writing the first book last summer, the hedgerows in Cornwall where we holidayed were full of blackberries. I went out every evening with some bowls from the cottage and plundered, returning home with salty hair and purple stained fingers and bowl full of blackberries. I added peaches, pears and apples, some flaked almonds, and a crumble of flour, butter and more almonds, or sometimes just ground almond and butter and voila, a delicious blackberry and apple crumble to reheat you after a day spent surfing or walking along the windy clifftops of my favourite county in England.

Foraging like this makes me happy, it conjures up the simplicity of childhood, the happiness of transformation and the comfort of home cooking. In a world that sometimes feels like it’s speeding up, where almost everything can be obtained at the touch of a button, going back to nature, even for a city girl who can’t recognise half of the plants and flowers in the woodland, blackberry picking is easy, delightful, fun and delicious; and what could be better in life than that? 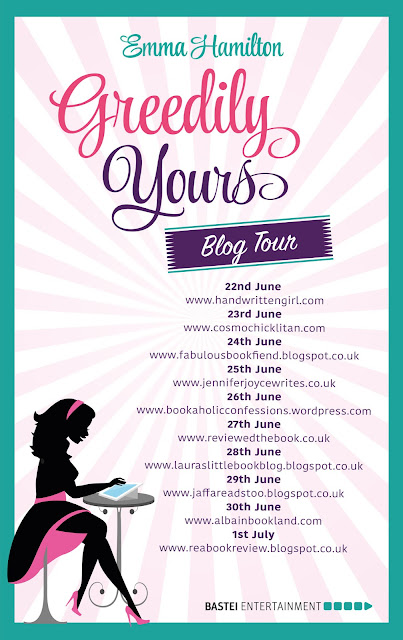