The Good Girl by Fiona Neill 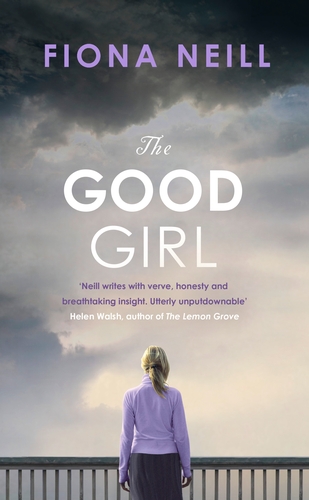 Ailsa is the head teacher of a Norfolk secondary school. She's only been in the position for a few months when a video that will affect her and the school is brought to her attention. Discovered on the mobile phone of a student, the video depicts a sexual act between two of Ailsa's students. And the girl in the video is Ailsa's seventeen-year-old daughter, Romy.
The video has already gone viral, spreading not only through the school and the country, but worldwide. There is nothing Ailsa can do to protect her daughter. Nothing to prevent the video from impacting Romy's life from this moment forward.
But why did Romy - studious Romy who has never given her parents cause to worry - make the video in the first place. Was she coerced into it? And who is the faceless boy in the video with her?
The Good Girl is a fascinating look at the way one moment, one ill-advised decision, can affect your life. Romy has aspirations of going to medical school but will the release of the sex video hinder her application? And how will it affect her life beyond this point?
The book starts as the video is brought to Ailsa's attention, before going back in time to before the video was created. Ailsa and her family have moved from London to the small village of Luckmore and while the story is that they moved due to Ailsa's new job, Romy isn't sure that is the truth. The family has secrets that we see unravelling over time as the pretence of the happy family unit is peeled away. The book is told alternatively from the prospect of Ailsa and Romy, which gave a rounded view of the mother/daughter relationship between the two. I found it quite a compelling read, knowing what was to come but not why and what would happen next.
Both Romy and her father, Harry are interested in science, with Harry being an ex lecturer on neuroscience who is now spending his time writing a book on the subject and Romy's desire to become a doctor. I did find a lot of the book was science-heavy and I can't say I really enjoyed this aspect. For me, there was far too much science-speak that went way over my head. Having said this, I did enjoy the rest of the novel and found it to be a compelling and thought-provoking read. It's pretty scary how quickly information can spread over social media and the internet in general and how one decision can have such devastating consequences.