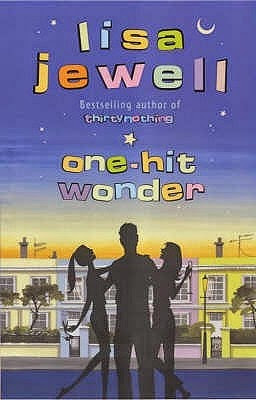 Ana Wills never really knew her older half-sister, Bee. Bee left home when she was fifteen and Ana was just four, moving to London where she pursued a singing career. Her debut single 'Groovin' For London' was a massive hit and Bea Bearhorn was said to be the UK's answer to Madonna. But when Bee's follow up singles failed to make an impact on the charts, Bee disappeared into obscurity and became yet another one-hit wonder of the 1980s.
When Bee is found dead in her flat aged just 36, Ana is sent by their mother to pack up Bee's things and sort out her affairs. Ana hasn't seen her sister for over a decade and knows nothing about her life, but as Ana sorts through Bee's belongings and meets her friends, she begins to get to know her and questions the circumstances of her death. Was Bee's death an accident? Or did she kill herself? And if she did, why would anyone who had so much want to end their life?﻿
I recently blogged about re-reading books (the post is here) and why I chose to add 're-read a favourite' to my 2015 Reading Challenge. I chose One-Hit Wonder by Lisa Jewell to read again as it is one of a collection of books that I never grow tired of reading. I first read One-Hit Wonder in 2001, when I was 18 and discovering a brand new genre (to me) and wonderful authors whose books I would devour. I've lost count of the number of times I've read One-Hit Wonder but it's been a while since I picked it up so it was great to meet up with Ana and Bee again.
Although I've read the story many times, the book was still just as fresh as the first time I read it. I was quickly absorbed into the worlds of Ana and Bee, discovering the mysteries of Bee Bearhorn as Ana digs deeper into the life of her sister. It's quite a bittersweet book as Ana gets to know her sister more in death than in life, when there is no chance of them reuniting and healing the family rift that has kept them apart. Bee's life is cut tragically short and we discover that the Bee Bearhorn flashed across the press isn't a true representation of the real Bee. Although there are some poignant aspects to the book, it is still a fun and light read with a host of engaging characters. On the surface, Bee was always a larger than life character, which is the complete opposite of her sister. Ana lacks confidence, so much so that in the beginning she feels more like a shadow than a real person, so it was great to see her grow as the book progressed. Not only does Ana discover who her sister really was, she begins to find out who she is, which gives the book an uplifting boost amid the tragedy.
Lisa Jewell has a real knack of creating vibrant characters who you feel a real connection to, who you wish you could meet in real life. Bee's best friend Lol is a fantastic character and while she can be loud and brash, she is also fiercely loyal to her friends. She is confident and loves being the centre of attention but she isn't a hard character and there is a real warmth about her. And then there's Flint, the hero of the book. Every book needs a good hero and Flint fits the bill perfectly. He's loyal and protective (and seriously hot) but he isn't perfect so he feels much more real and relatable.
One-Hit Wonder is such a fantastic read. It's warm and packed full of character and life and I know I will read it again and again and love it just as much every single time.
Posted by Jennifer Joyce at 08:00